This offering by Rusty McDonald, from late 1954 or early 1955, is something of an enigma. What was Virginia Richmond (the label owner) trying to archive with these recordings? Obviously McDonald, who is credited as writing both songs, crafted the material to be aimed at the R&B market,. there was no attempt at trying to fuse R&B with Hillbilly / Western Swing, Whilst Rusty McDonald's performance is exemplary, however, in the final analysis McDonald was just another vocalist fronting Maxwell Davis' band. That statement is not meant to demean either McDonald, or Maxwell Davis and his band, it's just that to be brutally honest, it could be anyone of a number of vocalists black or white fronting the band. 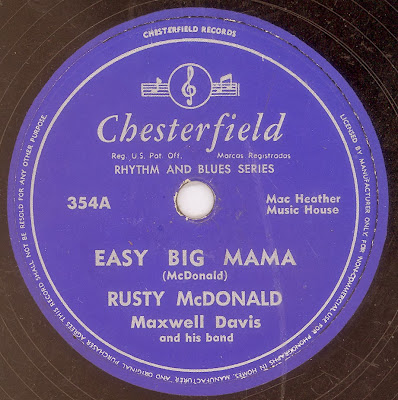 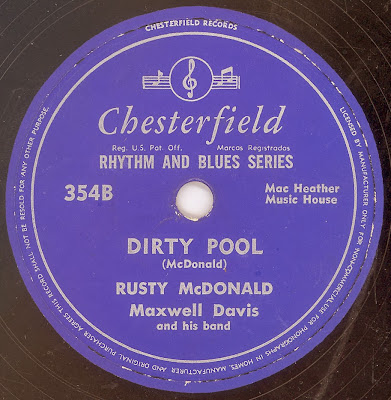 Posted by HILLBILLY RESEARCHER at 20:19 4 comments:

The choice of the letters B and C for the name of the label, perhaps derives from the initial letter of the surnames of songwriter A. R. Bossley and Papa Cario? 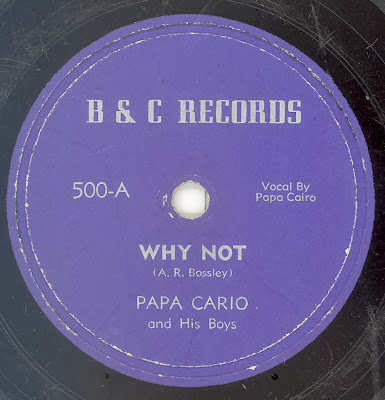 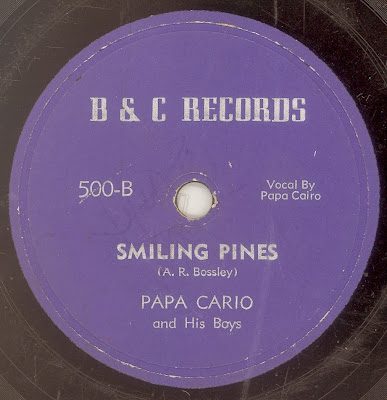 Posted by HILLBILLY RESEARCHER at 14:32 No comments: 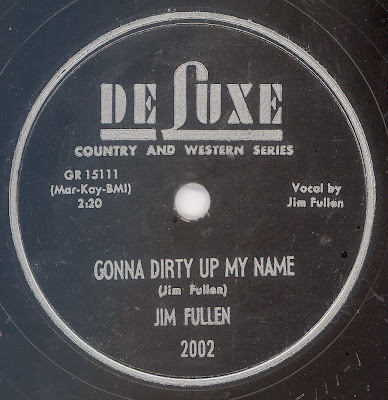 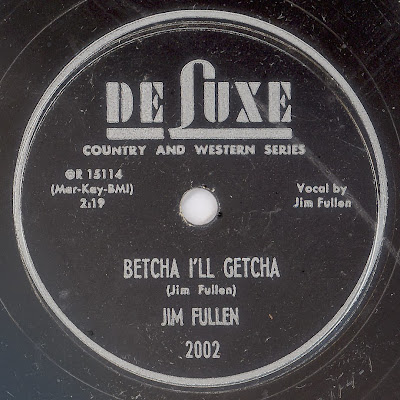 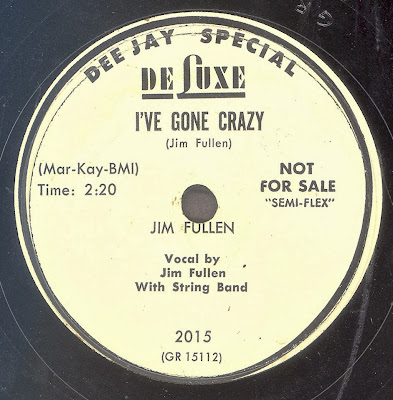 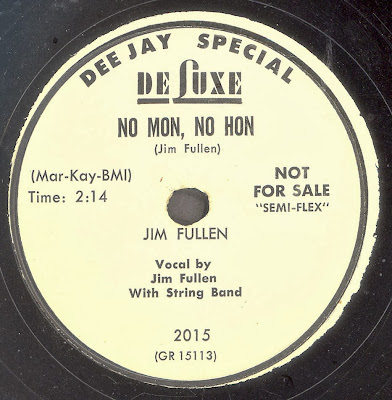 Posted by HILLBILLY RESEARCHER at 16:00 No comments: 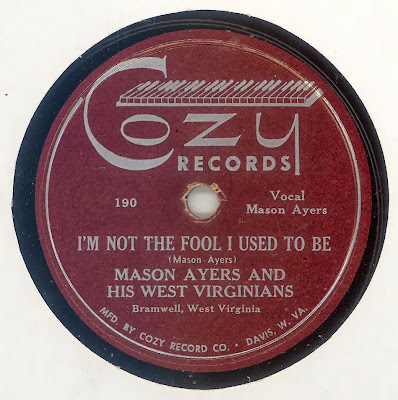 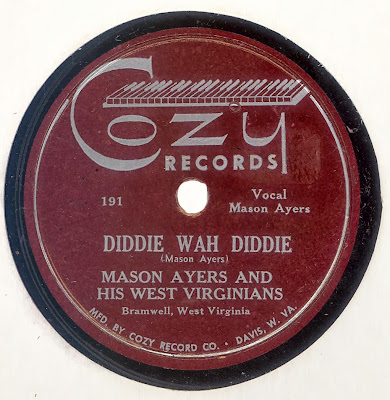 Bill Pentz appears to be the Bill Pence who recorded for the ROUND-UP label, which seems to have been connected to the Pittsburgh, Pennsylvania based FEE BEE label. Interestingly, Pence recorded "Too Late For Tears" for ROUND-UP, however, the songwriting credits are totally different to those credited on the version recorded at Orner's studio. 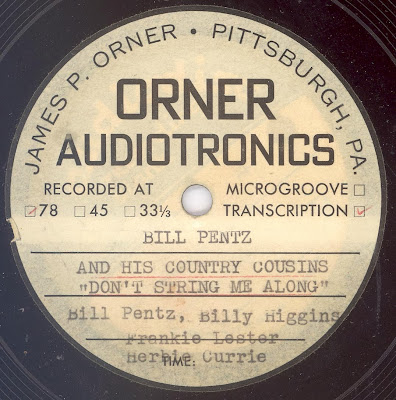 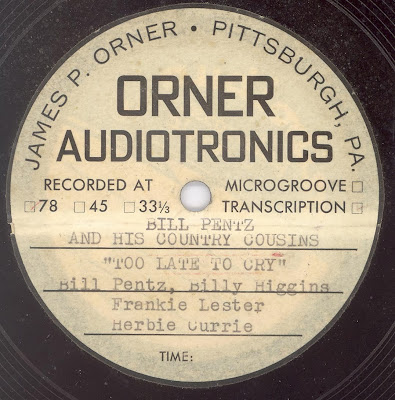