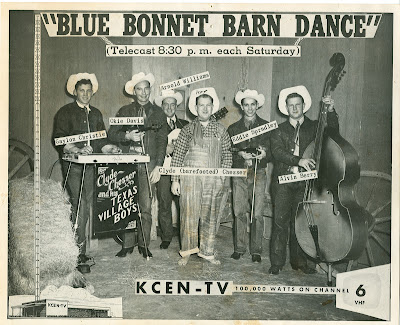 Alex adds: The Blue Bonnet Barn Dance was probably Chesser's most popular show on TV. It started in 1953 in the Waco/Temple area and starred him as well as the Texas Village Boys and other local singers, such as the Diamond Twins, Jim DeCap, Wanda Gann, and others. By 1955, the show was so successful that you had to order tickets four weeks before the show aired. The show reached around 140.000 people every Saturday evening through TV. When Chesser moved to Austin in the early 1960s, the show's run ended. In Austin, he hosted the CC Jubilee on KOKE.

COWBOY SONGS (October 1955) noted that the members of The Texas Village Boys were Gaylon Christie, Oakie Davis, Eddie Spradley, Arnold Williams, and Alvin Berry, which is the line up in the undated photograph above. 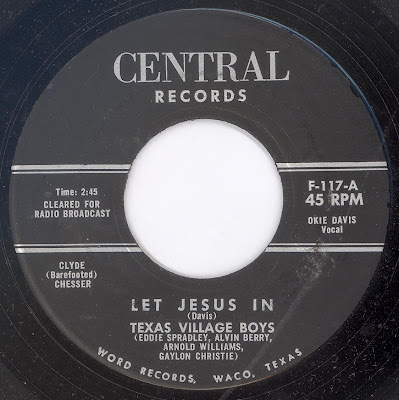 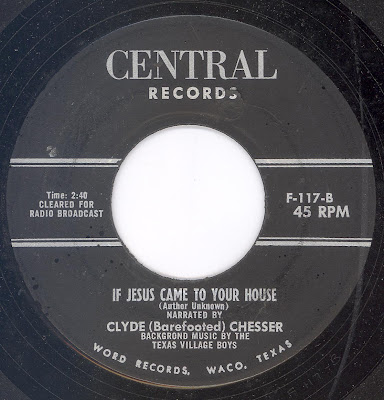 Posted by HILLBILLY RESEARCHER at 20:06 2 comments:


The second record by Clyde Chesser, that I am aware of, is CENTRAL C-102/C-103. It is quite possible, given the numerical sequence, that there is a prior release on the label at C-100/C-101, however, I have not come across an earlier release on the label as yet. CENTRAL C-102/C-103 is a monarch (delta) pressing from around November 1954. Apparently, according to "Cowboy Songs", Clyde Chesser enjoyed modest regional success with the record in July 1955. 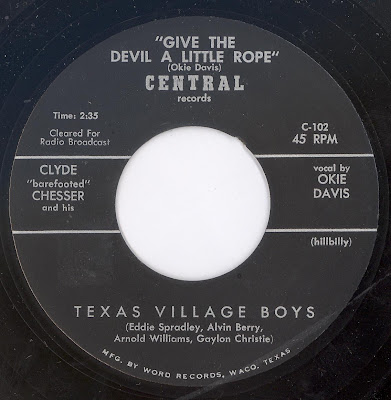 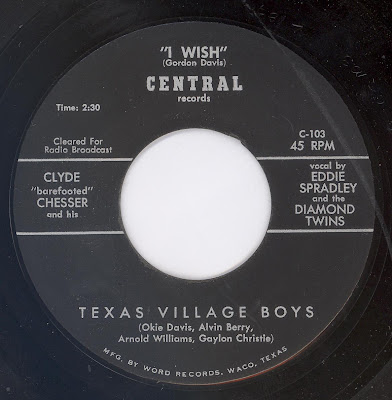 Posted by HILLBILLY RESEARCHER at 13:43 No comments: 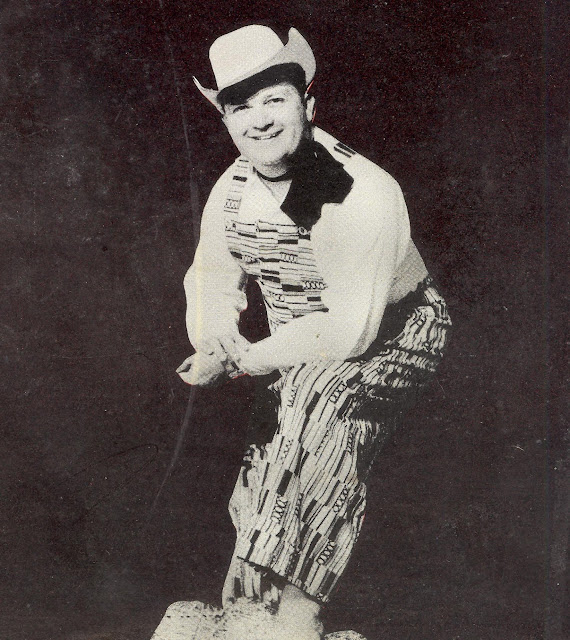 CLYDE CHESSER... born August 19, 1929 in Tahoka, Texas, came through the depression years of the early thirties with his mom and dad not knowing what a radio was until his neighbors bought their first battery set. Clyde was so fascinated with this piece of machinery, he decided immediately he would someday be an announcer and all through school he read every piece of literature he could find pertaining to radio broadcasting.


CLYDE grew up in Oglesby, Texas, and his senior year at Oglesby High brought his first radio show in nearby Waco, KWTX, with his own small western band. This lasted only a few weeks and Clyde journeyed to KCL W, Hamilton, to try his hand at being a disc jockey and sure enough this proved very successful for Clyde. Uncle Sam soon called and for two years Barefoot wore shoes for his country serving in Germany where he did radio shows for the Armed Forces Network.

Always specializing in "country music programming," Clyde was tagged as "barefoot" during his first few months in radio and when folks demanded to see him actually barefooted on his personal appearances... well, Clyde says, "I've always tried to give the folks what they want. . . so barefooted I went."

Returning from Germany in 1953 and with his army stint finished, television hdd hit the air waves and while visiting his next door neighbors, who again were the first in the community to have the first TV set, Clyde, again fascinated with this media of the broadcast industry, decided to audition for Harry Stone, manager of KCEN TV, Temple, Texas. Harry Stone, once manager of WS¥ and Nashville's Grand Ole Opry, saw the possibilities of Clyde and his band doing a weekly country show, which proved to be a gigantic success. The "barefoot gimmick" plus Clyde's colorful style of overalls was such a novelty that he and his band became an overnight success and were in demand for personal appearances in theatres and school auditoriums everywhere. After a number of successful years, Clyde expanded his TV shows to a number of other Texas Channels, which gave him a vast audience across the great southwest with several shows per week, each on a different channel. '

A highlight spot on all the "Barefoot Television Shows" was Clyde's heartwarming recital of homespun poems, readings and humorous stories. He had in his possession a number called "If Jesus Came To Your House," which one of his viewers had clipped from an old magazine and sent to him. This magazine paper showed signs of being very old due to its discoloration.
Clyde realized the powerful message and thought carried in the words of this composition, but due to its length, he kept pushing it back week after week for nearly a year, feeling it was just too long for television. One afternoon while being rushed and needing a piece of material for a Saturday night show. . . Clyde very hurriedly rehearsed this number remarking...
"the sponsor will get mad because this thing is just too long."

After completing the recital of "If Jesus Came To Your House" on the air that evening, the phones at the TV station began to ring with call after call wanting to know if the words could be obtained and could the record be bought. The mail which poured to the station the following week numbering high into the thousands of requests to repeat this great selection again, so again and again Clyde aired this famous recitation and auditioned it for a record company who immediately released his version on record in 1955. Red Sovine, Tex Ritter and Porter Wagoner heard Clyde's recording and decided to try their hand at this masterpiece and all enjoyed great success with each release. 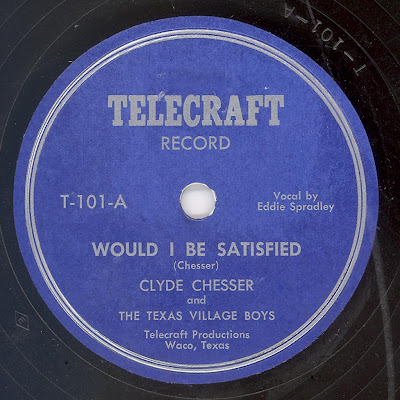 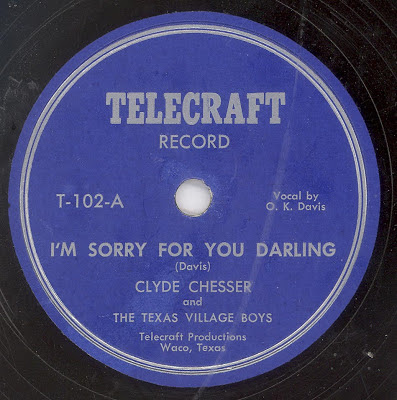 Posted by HILLBILLY RESEARCHER at 23:20 No comments: 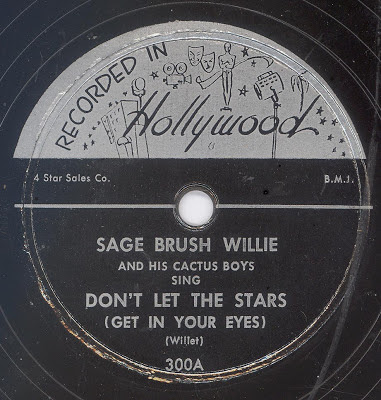 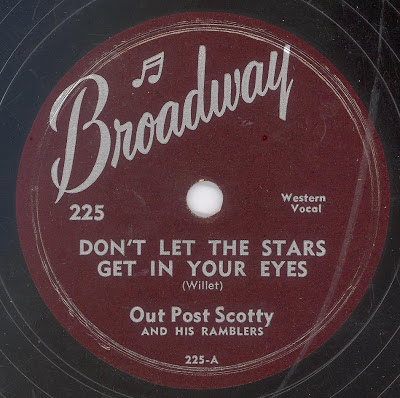 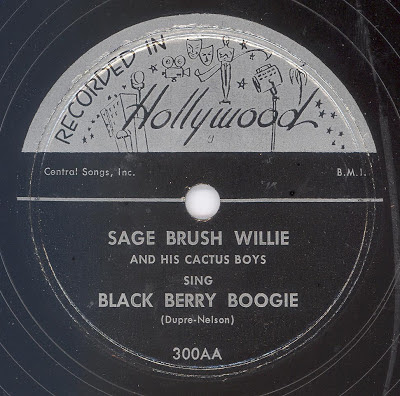 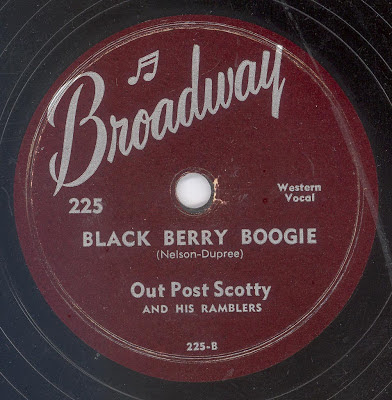 I'm not quire convinced that this one should be here, personally I don't consider it to be Hillbilly, Country, or Western Swing, although it does have a nice guitar / steel guitar. ARHOOLIE included "Are You From Dixie" on a Western Swing compilation many many years ago. To be honest I think both sides of the disc owe more to vaudeville than anything else, especially the vocal. Obviously it was a popular disc, as both sides were reissued some ten years later! 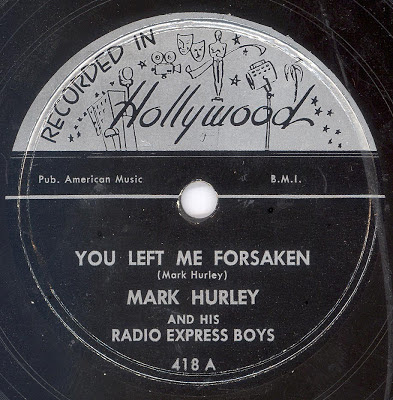 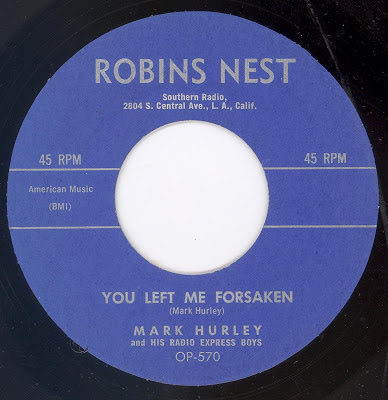 ROBINS NEST is a Monarch (Delta) pressing from 1962 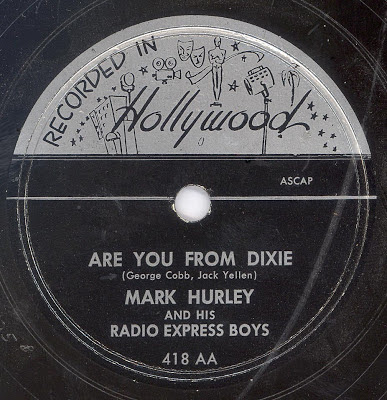 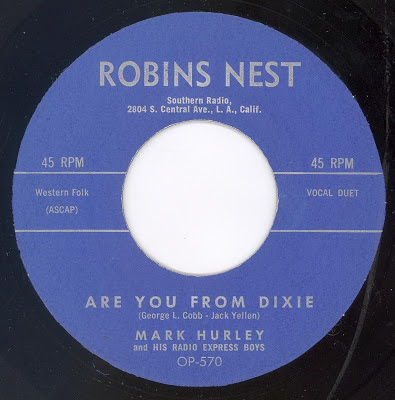 Posted by HILLBILLY RESEARCHER at 21:16 2 comments:

RECORDED IN HOLLYWOOD (Part One)

John Dolphin's RECORDED IN HOLLYWOOD label was primarily known for its Rhythm & Blues releases; However, tucked away on the label was a handful of Hillbilly releases. 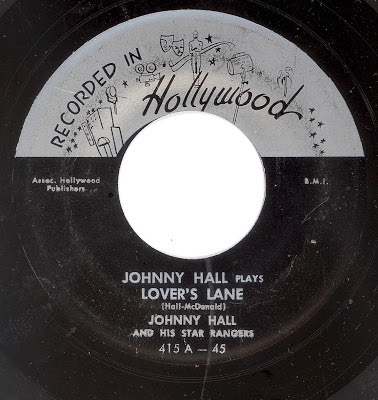 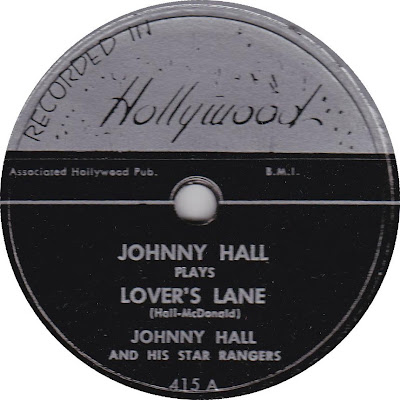 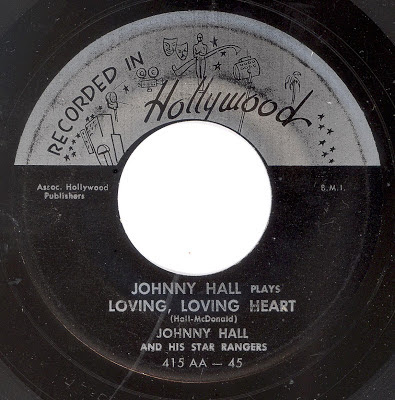 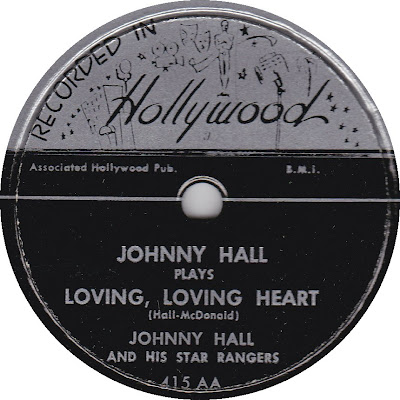 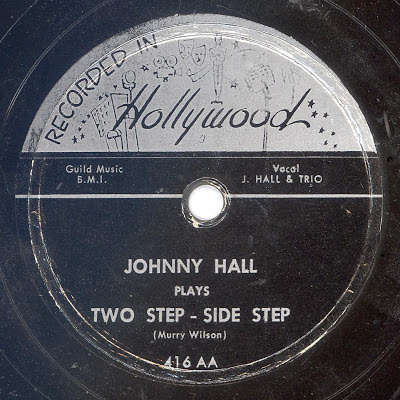 Posted by HILLBILLY RESEARCHER at 21:15 2 comments: