I have no idea if this Roy Fisher is the same artist as the Roy Fisher who recorded with his band The Rhythm Riders for the INDIANA label (a Starday custom pressing) out of Michigan City, Indiana. 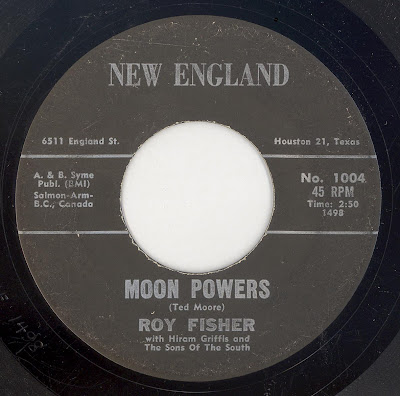 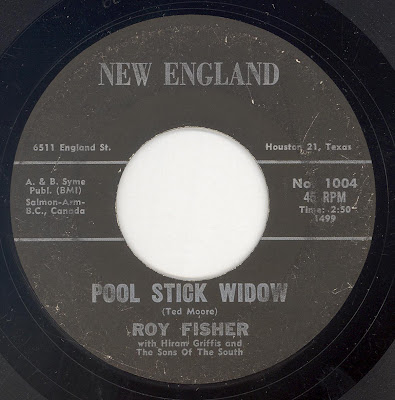 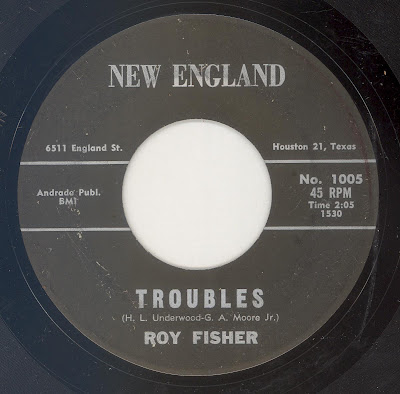 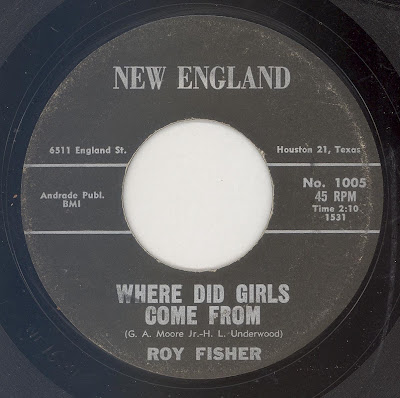 Posted by HILLBILLY RESEARCHER at 20:23 3 comments:


Cotton Henry's RURAL RHYTHM disc dates from the early sixties, but the recordings sound much earlier."Devil On My Shoulder" was recorded by Johnny Tyler for RURAL RHYTHM three or four years earlier. 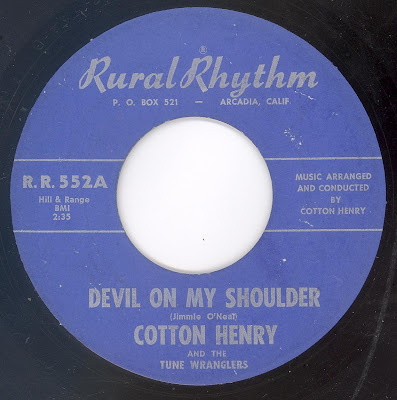 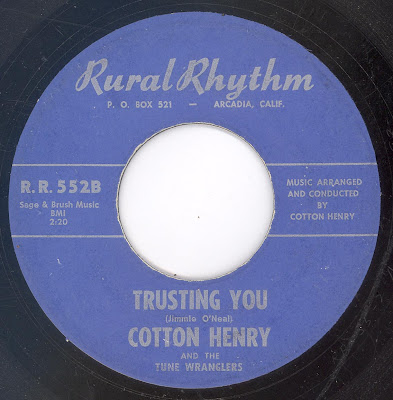 Posted by HILLBILLY RESEARCHER at 16:11 2 comments:

I have no idea who Topeka Hartte was, it is obviously a nom de guerre for someone, but who that some one is I do not know. The prime contender must be Smiley Burnette who owned RANCHO RECORDS, however it does not sound like him. Eddie Kirk, who composed both sides of the record is another candidate I suppose? The record was reviewed in BILLBOARD in January 1947, so was probably recorded in late 1946. 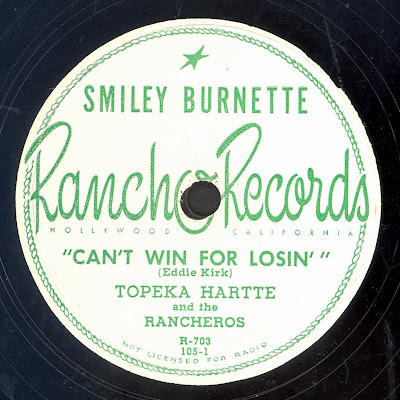 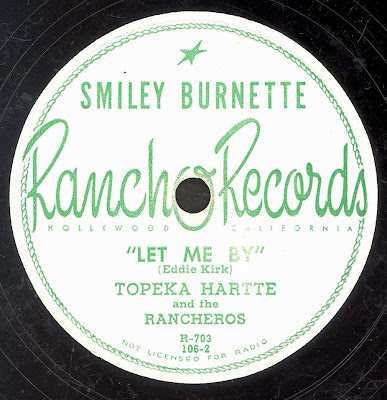 Posted by HILLBILLY RESEARCHER at 20:19 No comments: 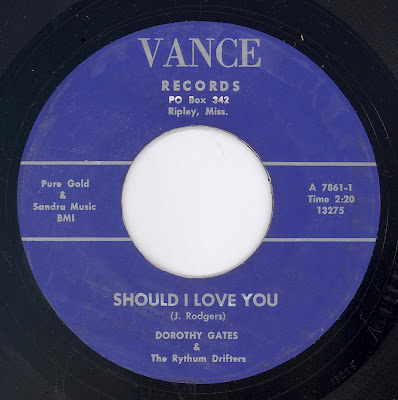 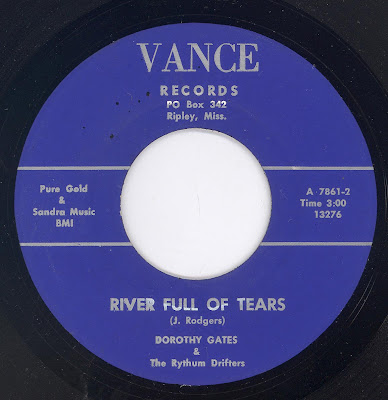 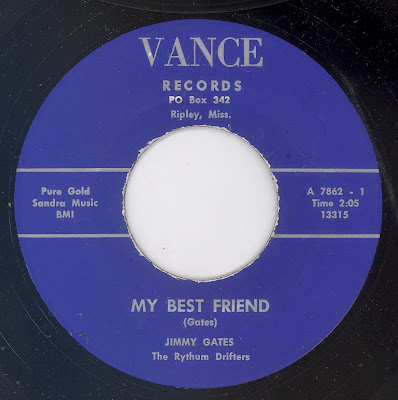 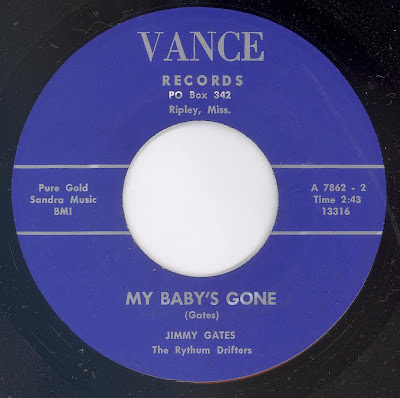 Posted by HILLBILLY RESEARCHER at 21:23 No comments: