This record is something of a mystery, there is no reference to it ever having been released in England, yet the label clearly states that it was "Made In England" and carries the usual blurb prohibiting public performance, broadcasting, etc. which was, and still is, printed on all UK labels. What compounds the issue further is that around the centre hole there is an embossed note "AUDIODISC - 9294 - NEW YORK - USA". I provisionally thought this was a one off, but I just spotted a copy of LONDON 16028 on ebay which also carries the "Made In England" tag!. Below is a scan of the labels, I have scanned the A side in its original colours, who ever decided to use gold print on green obviously didn't have to read the label. On the B side I have played around with the Hue to get a readable label. I'd love to hear from anyone who can explain this anomaly. 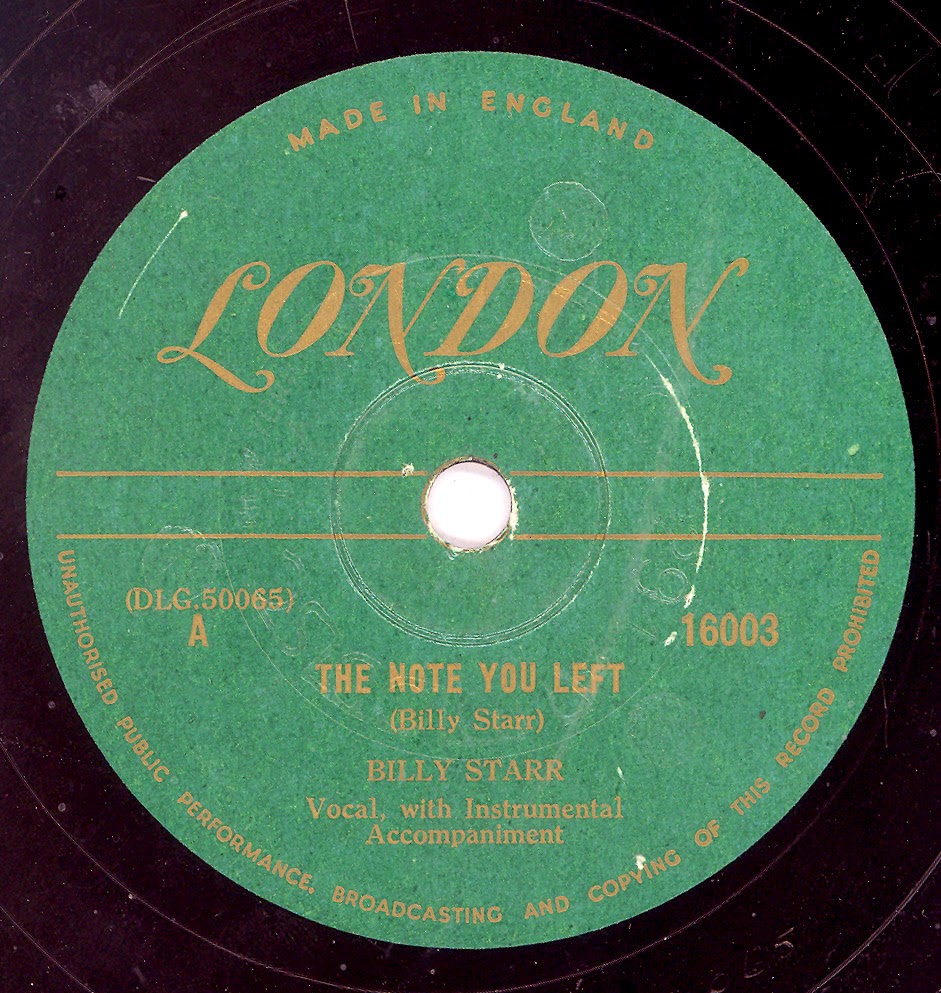 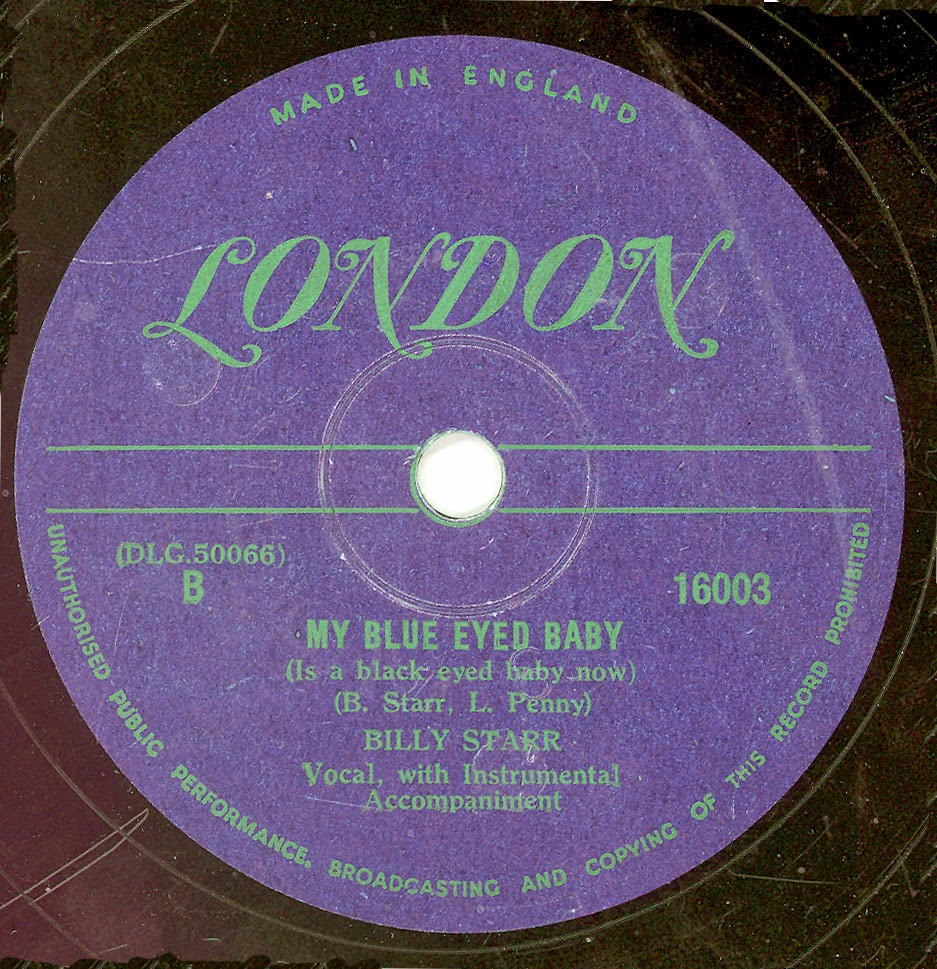 Warning
Whilst the lyrical content may have been acceptable in 1950, in today's more enlightened times some may find the lyrics leave a lot to be desired.

The Chicago based BALKAN label dates from the early Fifties; In March 1952 it was reported that the company was to be found at 1425 W. 18th Street, in Chicago. Two years later the concern had moved to  Berwyn, an outer Chicago suburb. The 8000 series was the vehicle for Hillbilly material, although why it was initially designated as a Custom Series is not quite clear. Few of the releases on the label made it to the pages of BILLBOARD or similar trade publications, although the company did take out the occasional advert in the trade press. One such advert in BILLBOARD, the 19th June 1954 issue, announced the release of the labels First Hillbilly Record, Denver Duke's "When We meet Up Yonder" (BALKAN 8000) 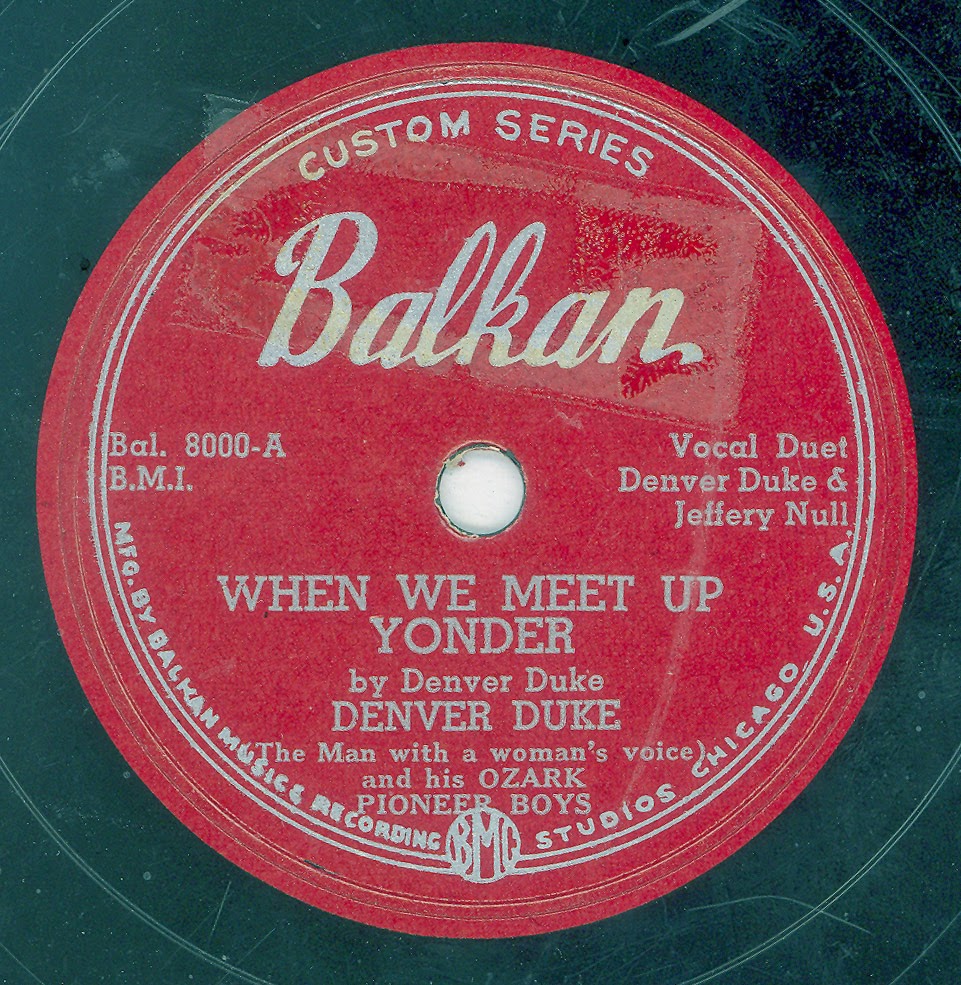 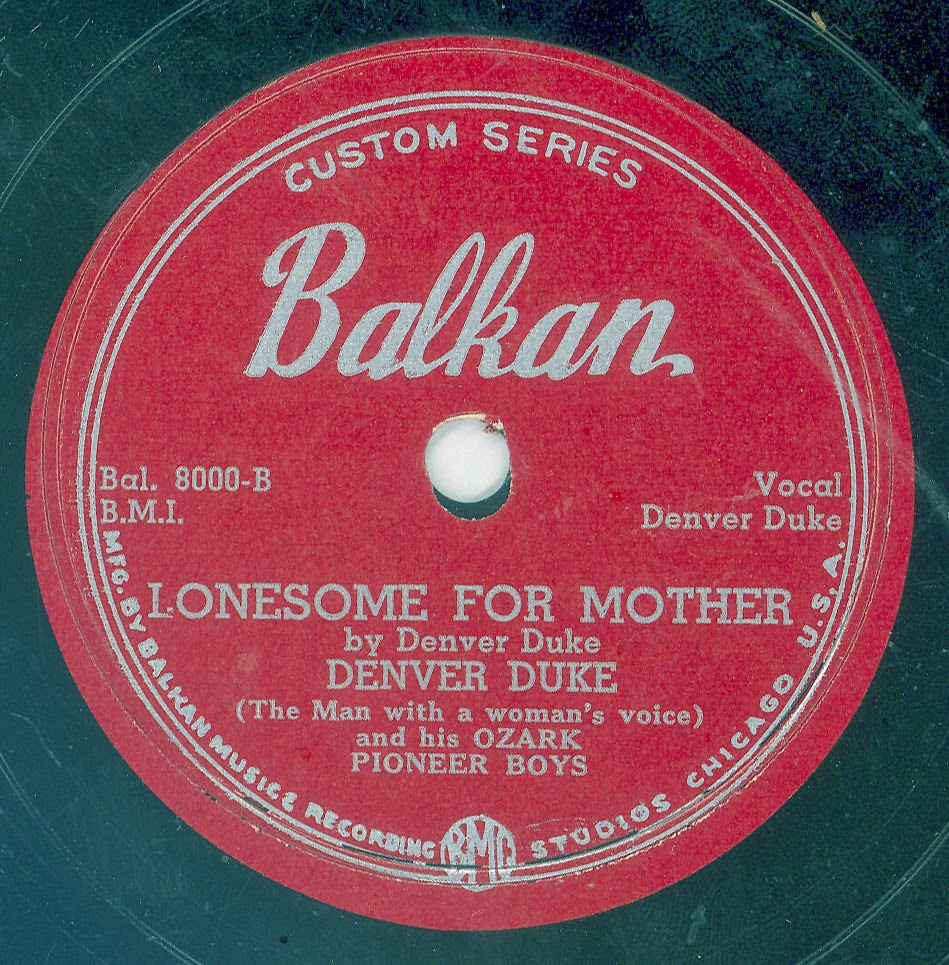 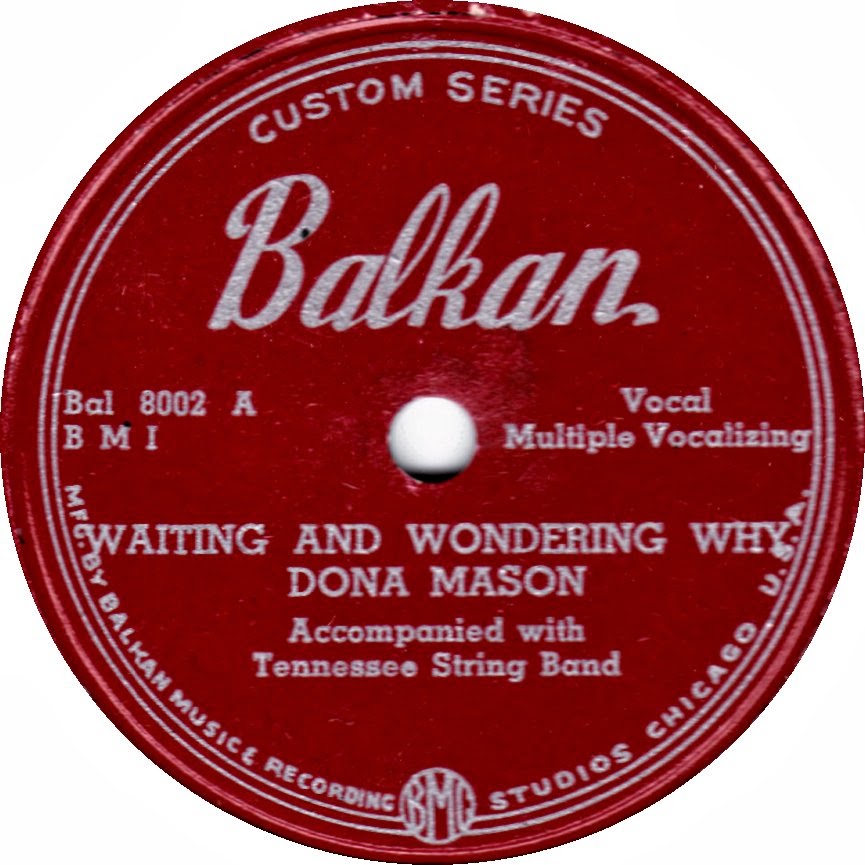 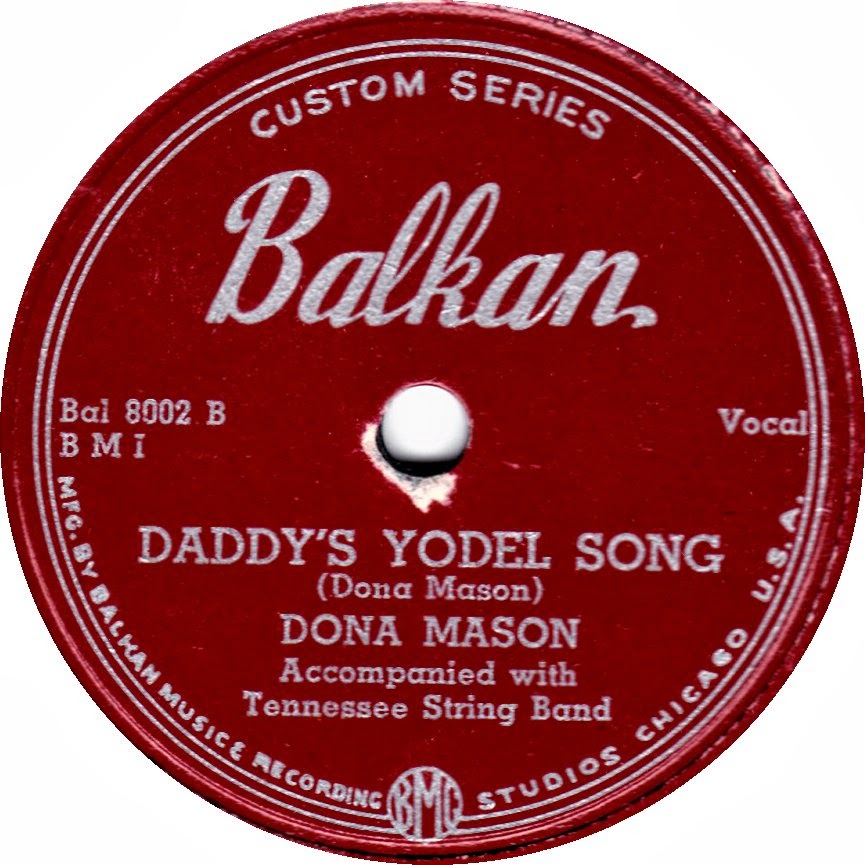 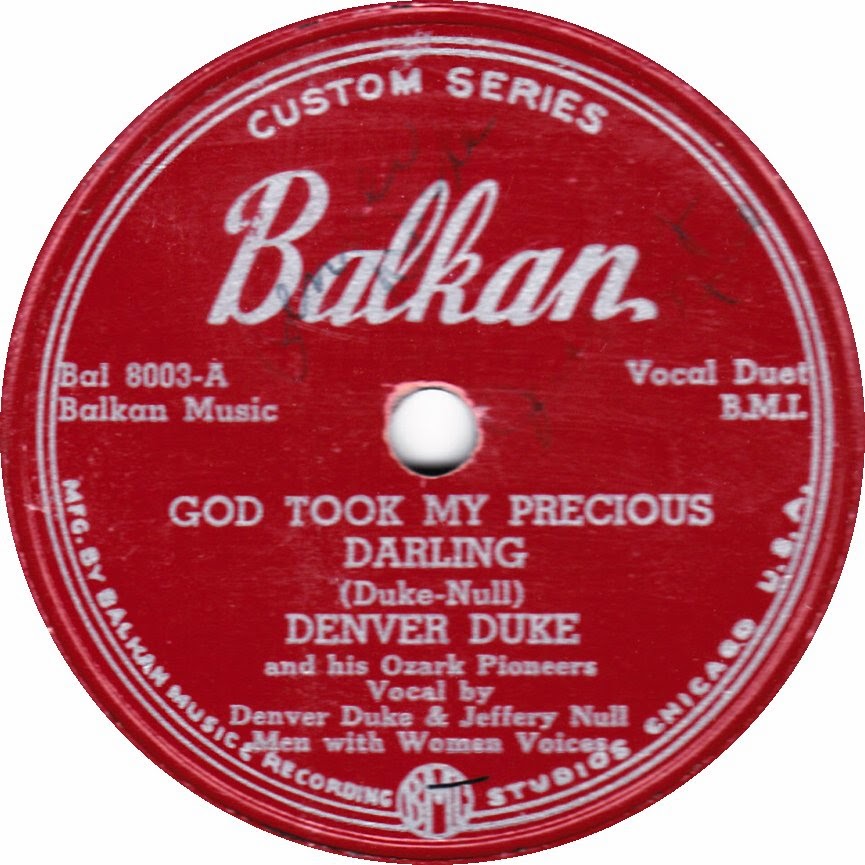 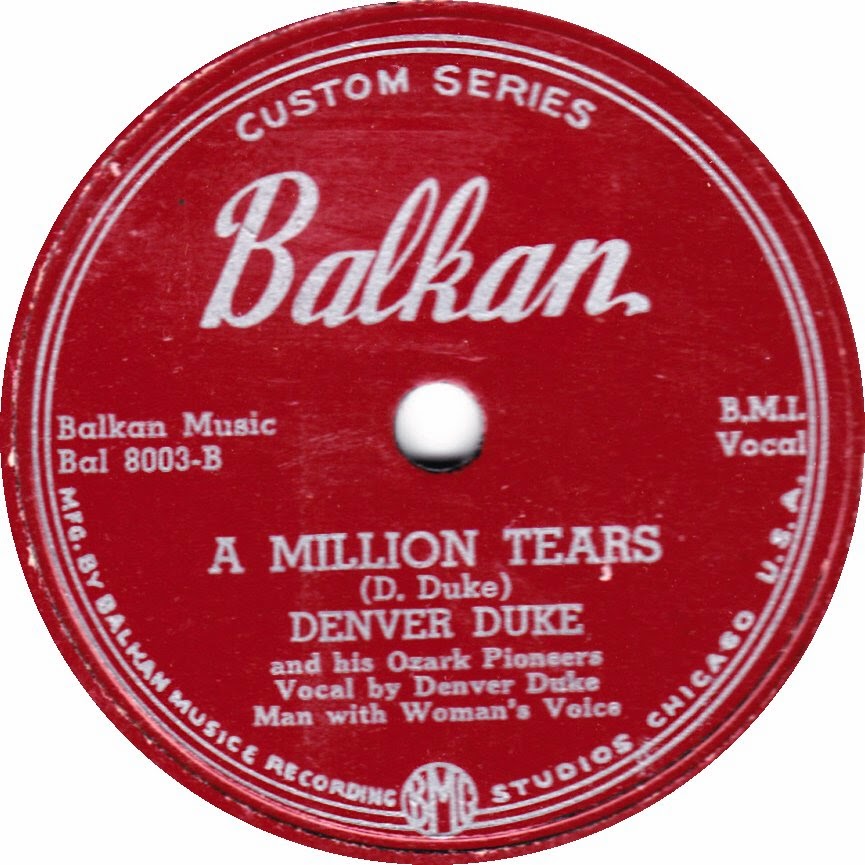 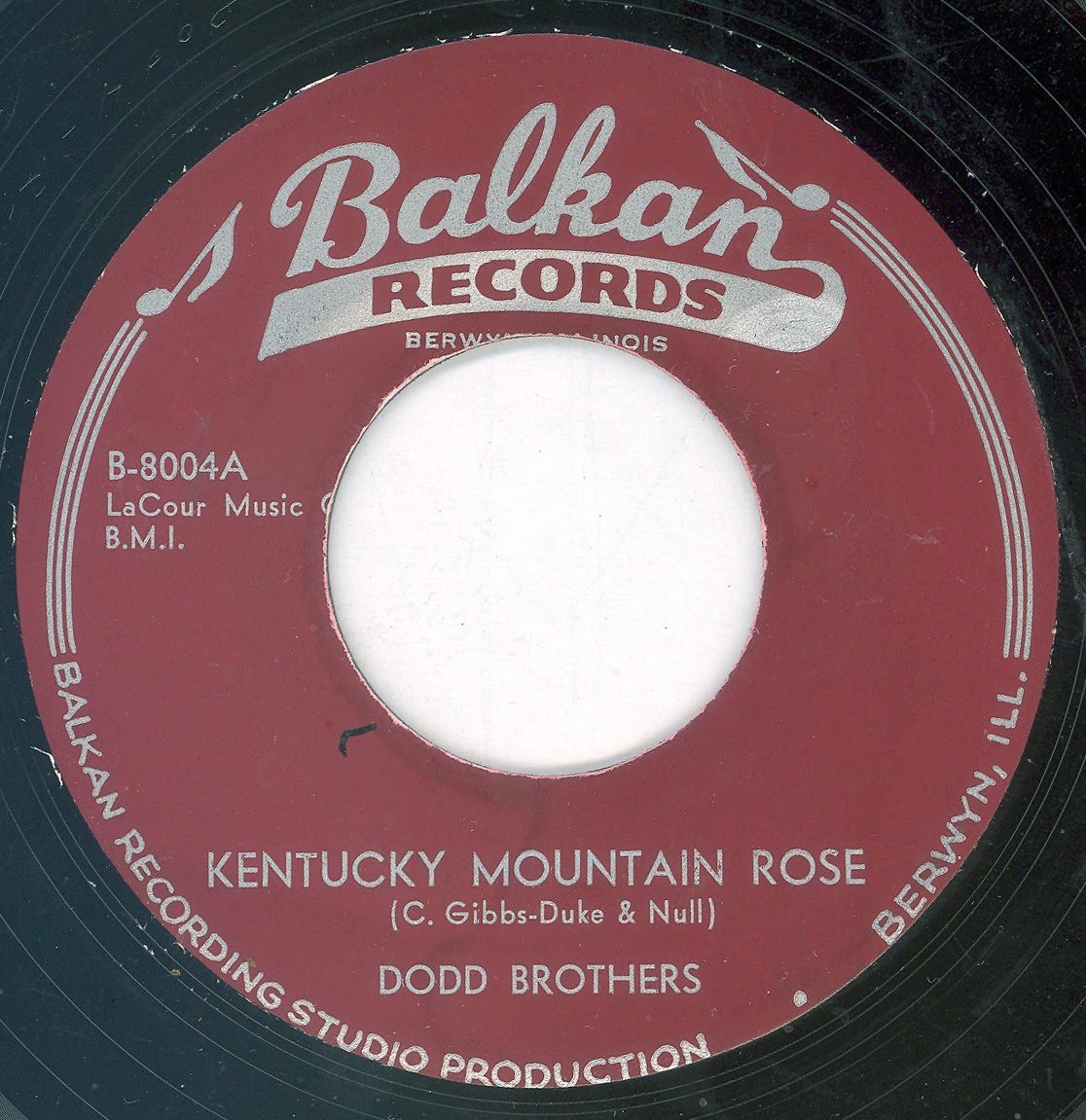 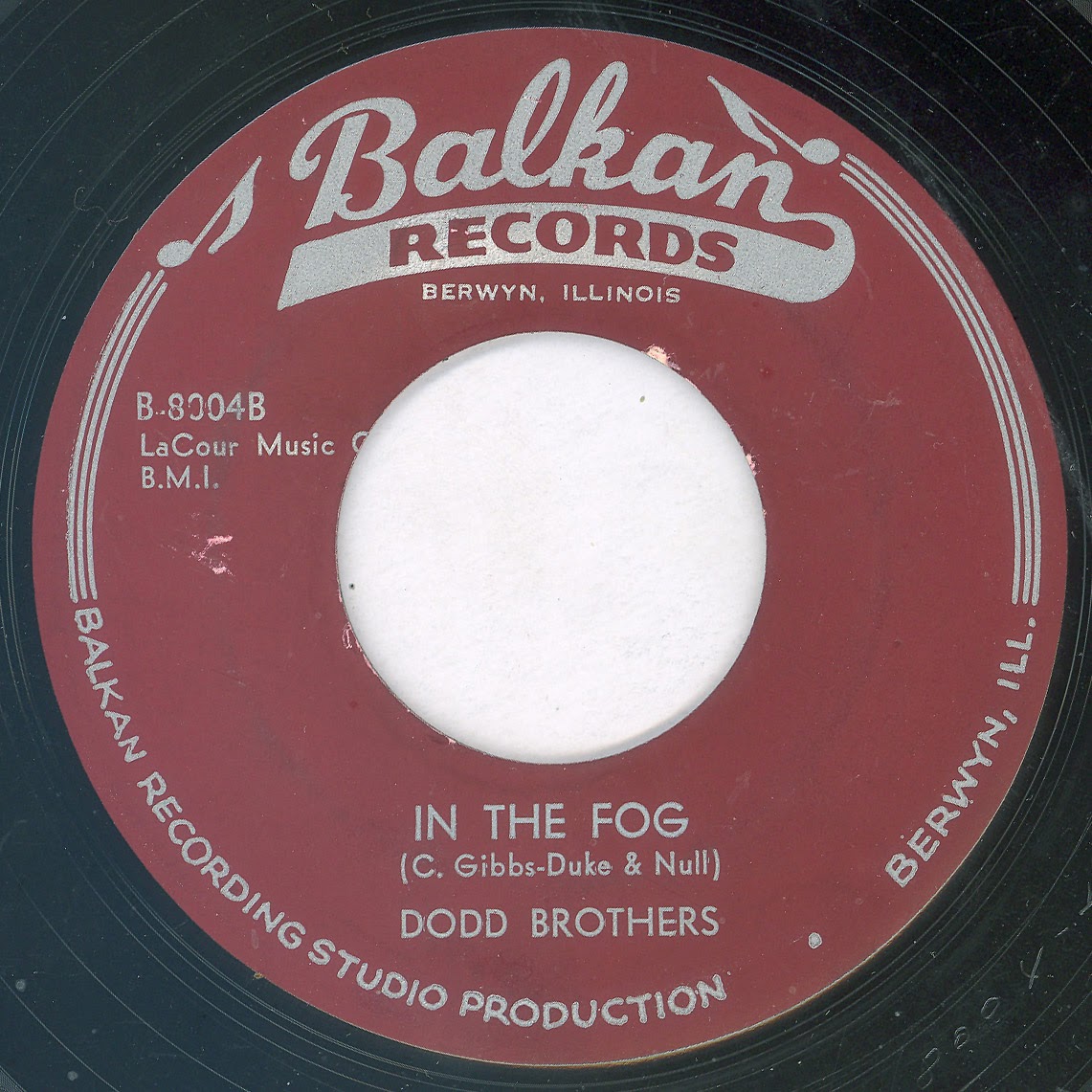 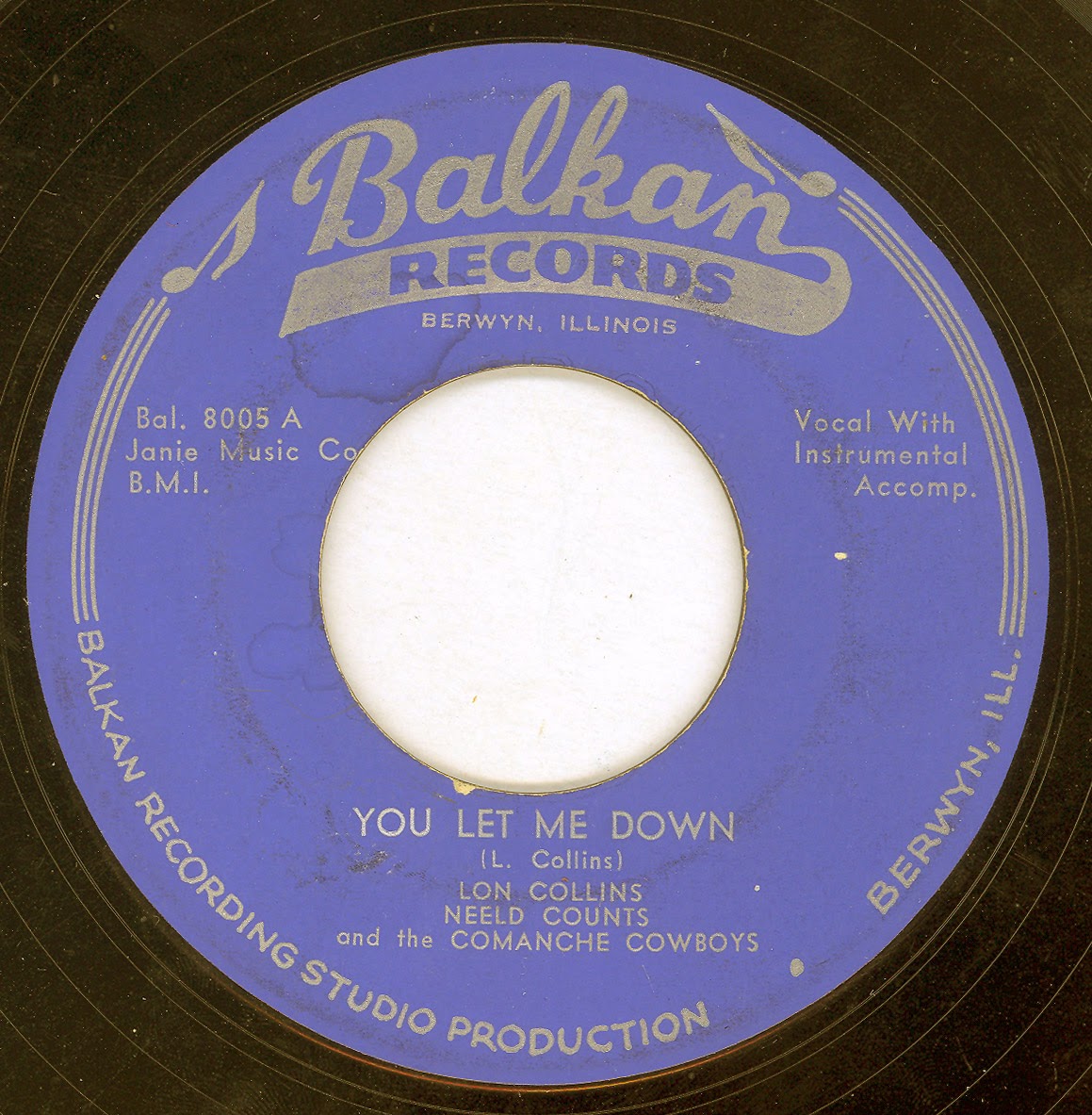 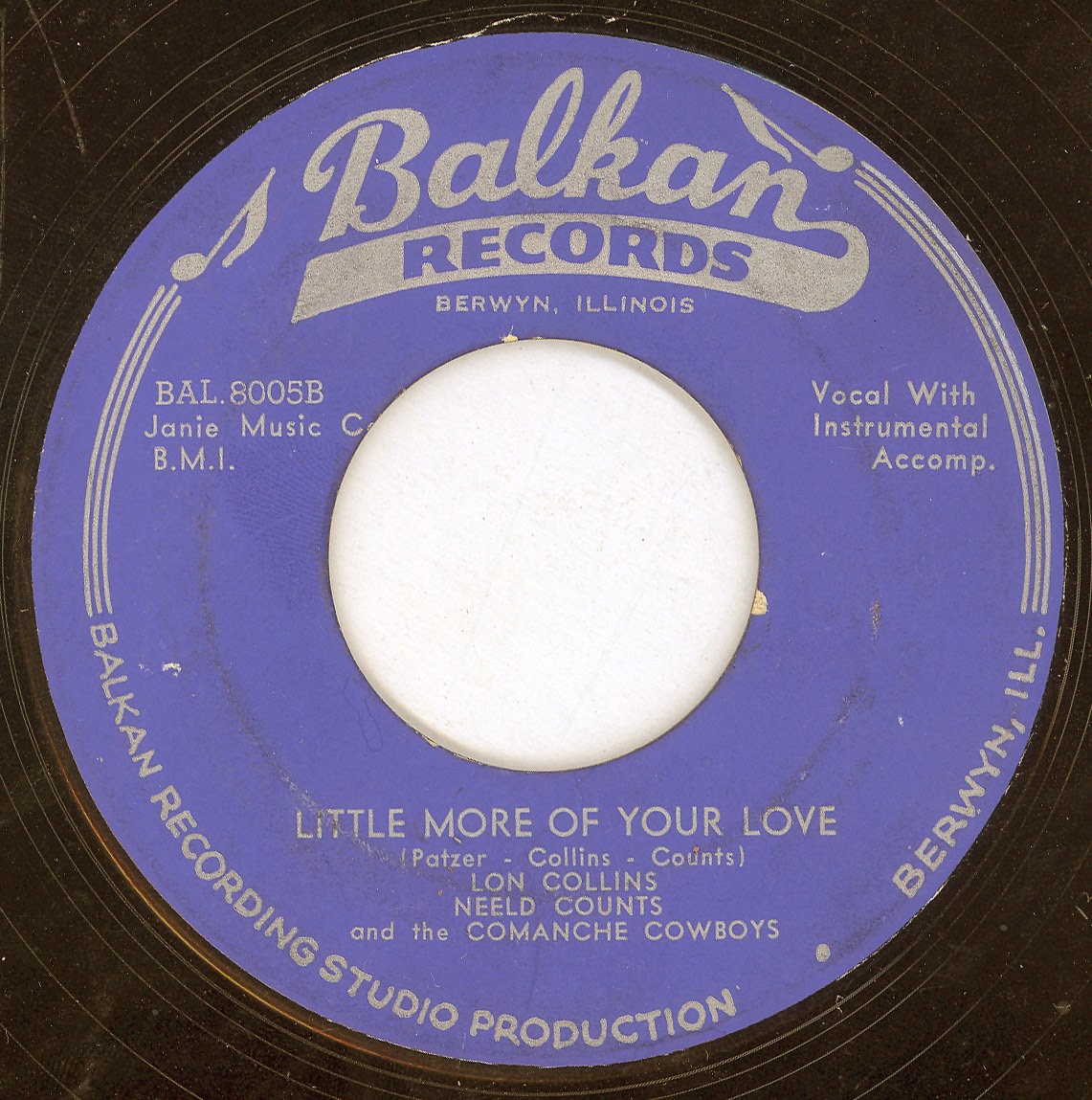 Posted by HILLBILLY RESEARCHER at 22:25 2 comments:

Way back in 2010 I posted details of the three releases that Roy Hall had under the name of The Eagles on the CITATION label. Then I had only ever seen the first two of the three, I finally managed to track down a copy of that elusive third disc. 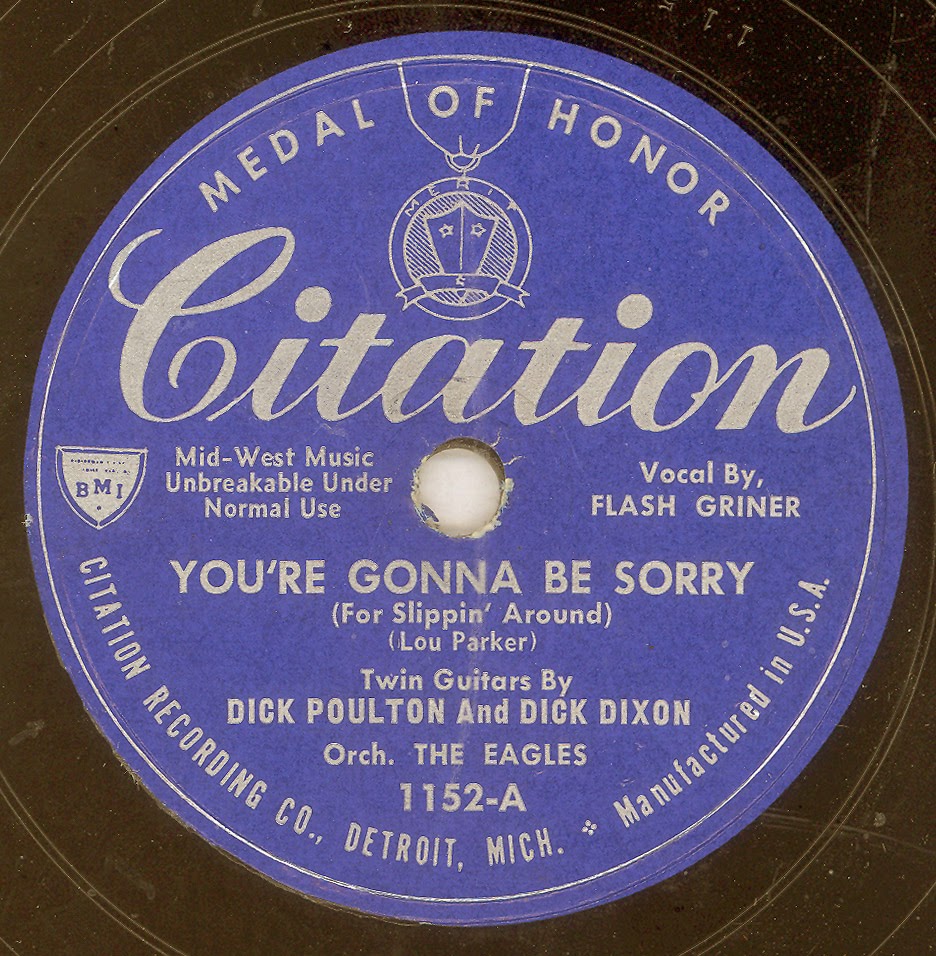 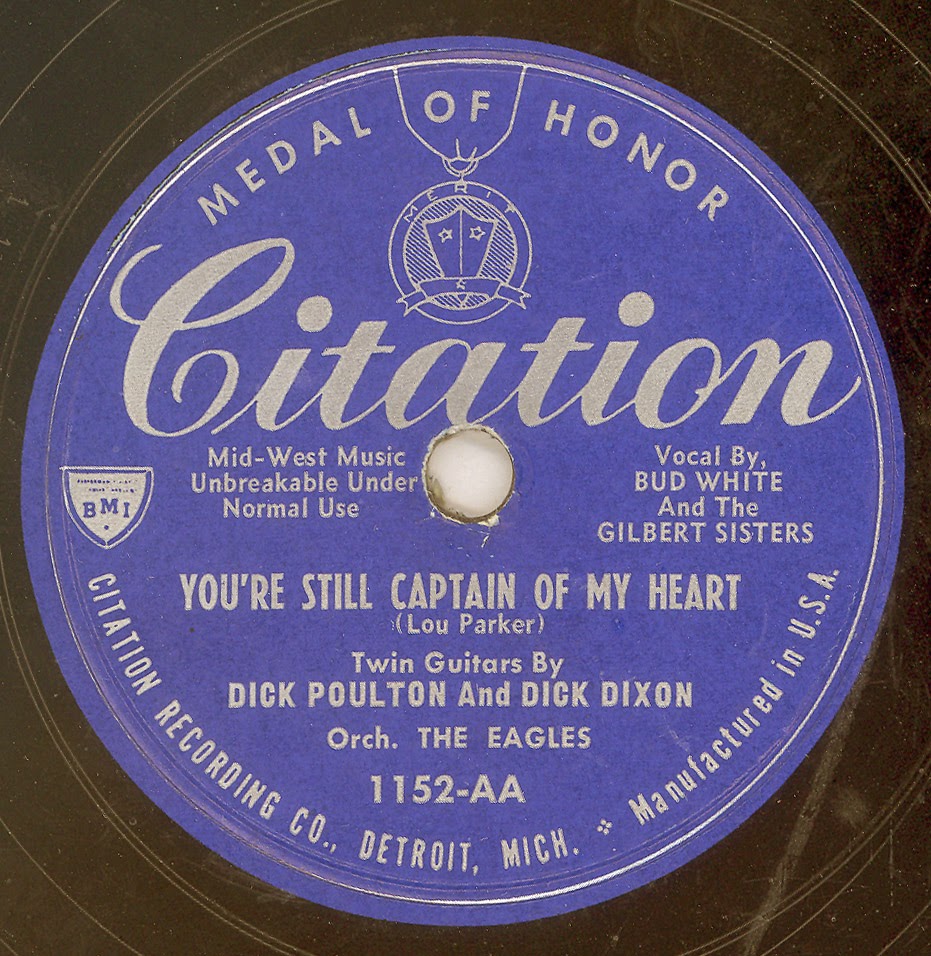 CITATION 1152 was reviewed in BILLBOARD on 27th October 1951, alas the reviewer was not very impressed.

"You're Still The Captain Of My Heart"
Warbler and gal duo wail through a likely waltz throbber. Like flip, material is strong, performance weak.


Posted by HILLBILLY RESEARCHER at 21:07 No comments:

This is the final instalment of Jim & Edith Young's recorded output, if anyone has a photo of the duo please leave me a note in the comment section below. 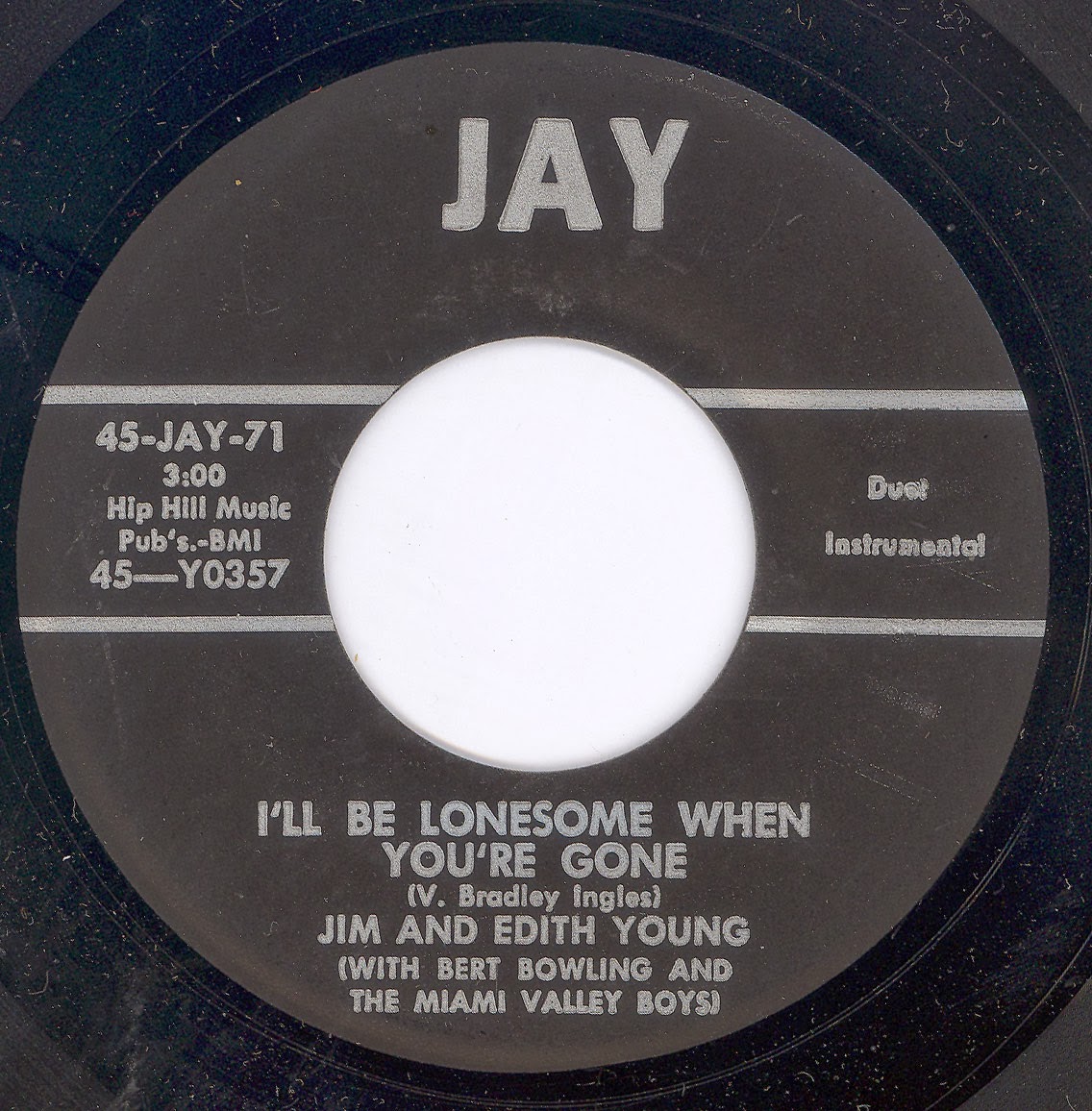 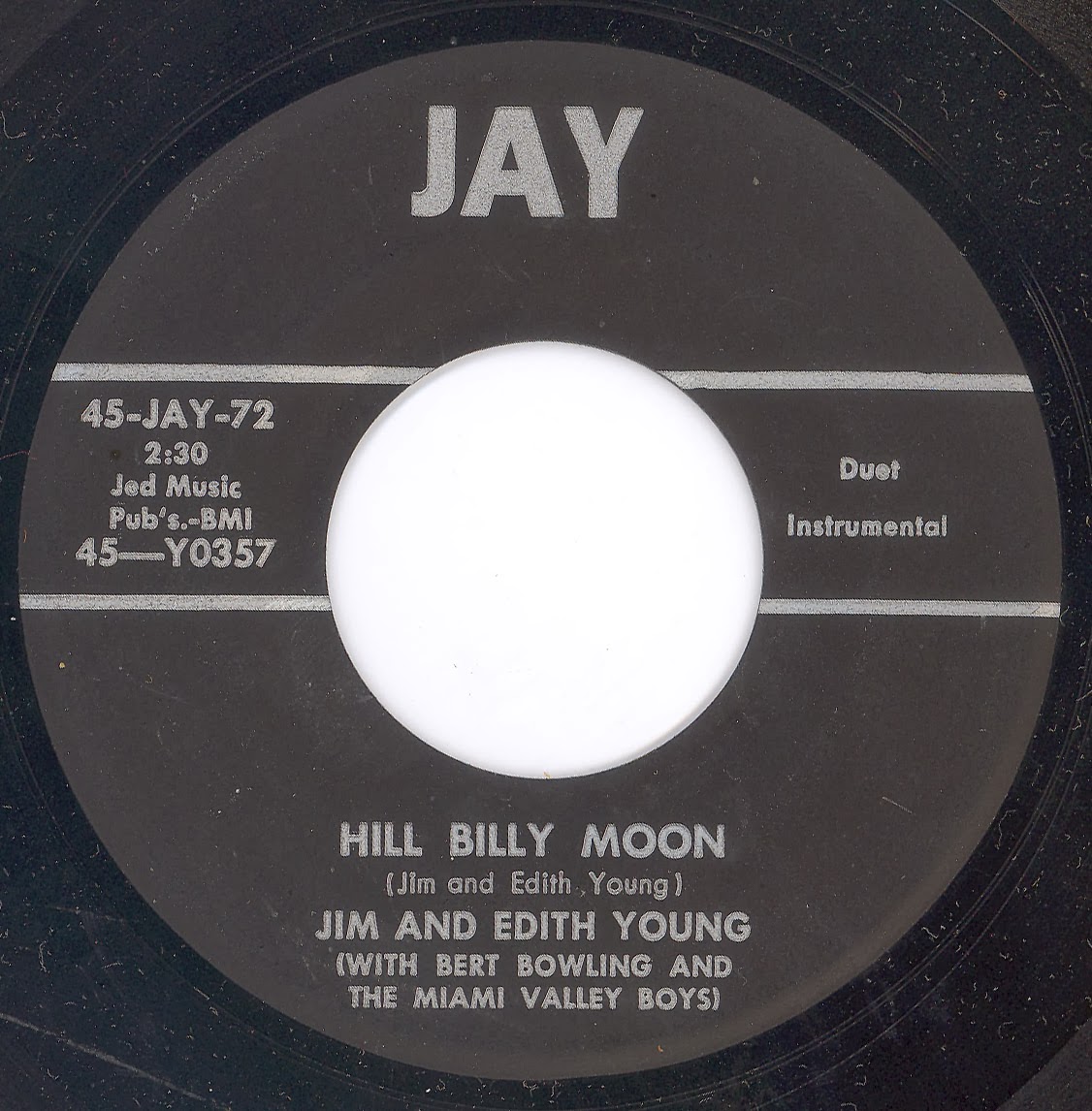 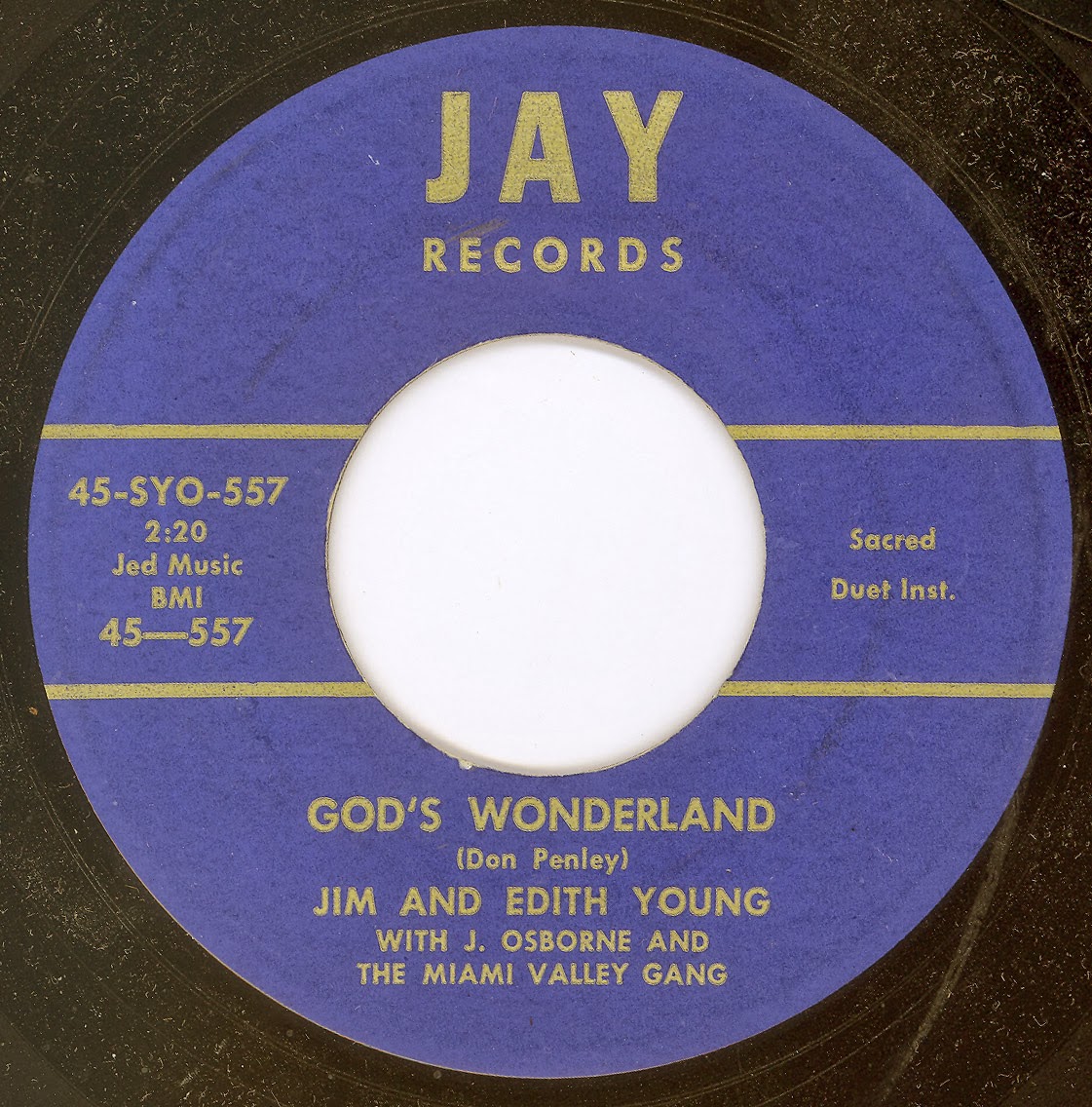 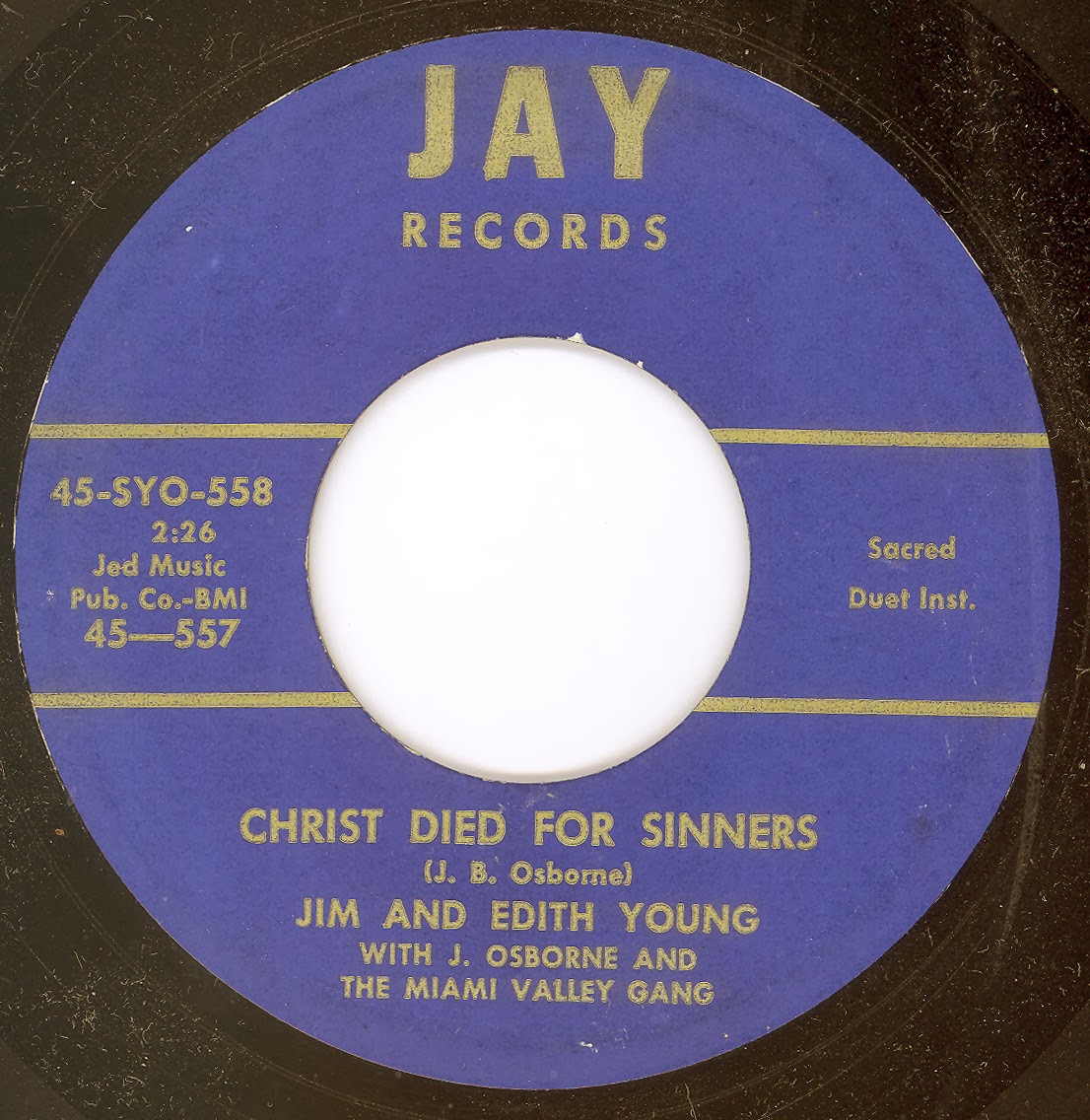 I seem to have misplaced my copy of JAY 45. If you want to see a label scan cut and paste the following link. http://www.45rpmrecords.com/OH/Jay.php

"Just To Be With You"

"Please Send Me A Picture"

When I find the record I will scan and post label scans.


Posted by HILLBILLY RESEARCHER at 14:01 No comments: 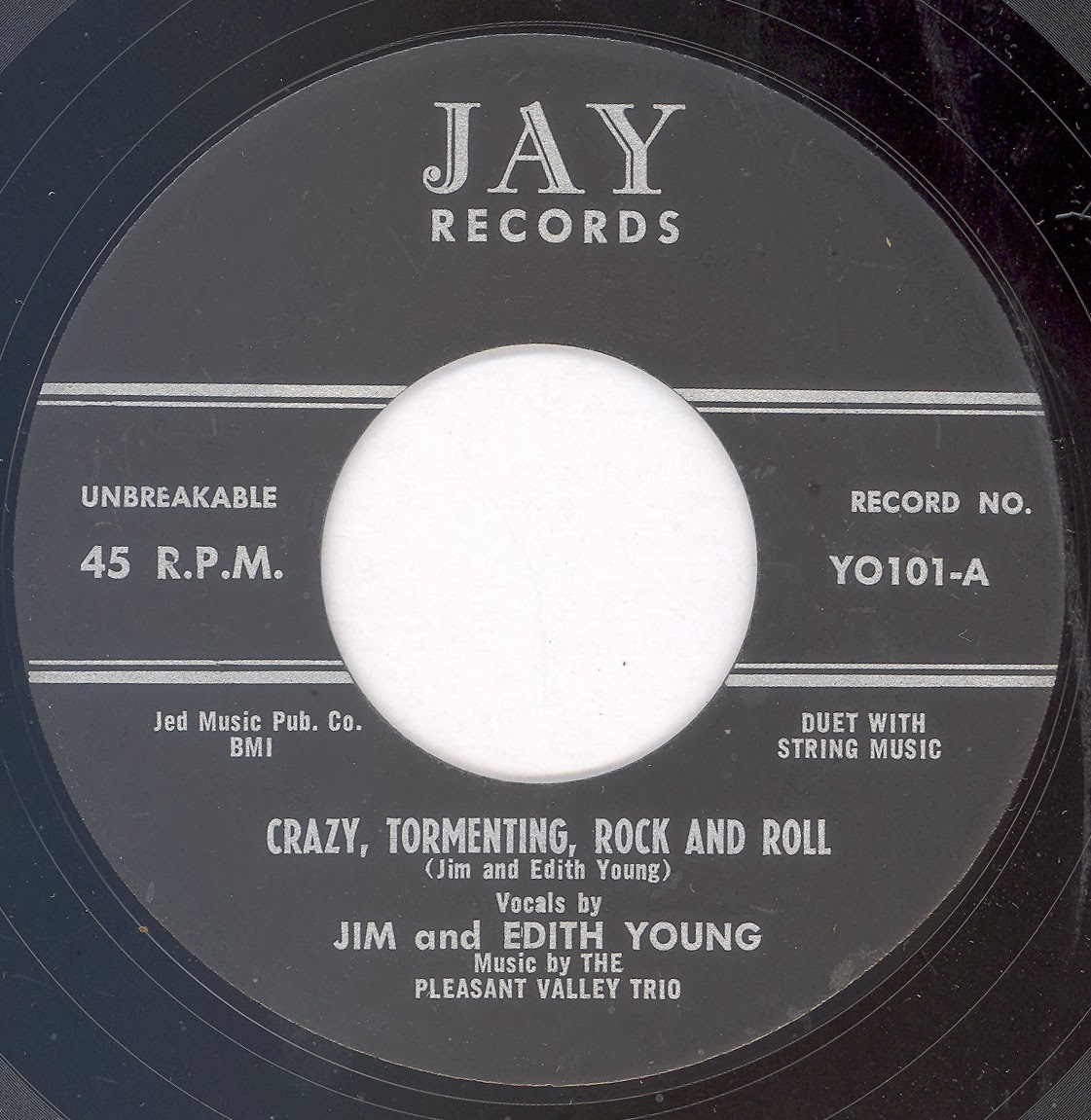 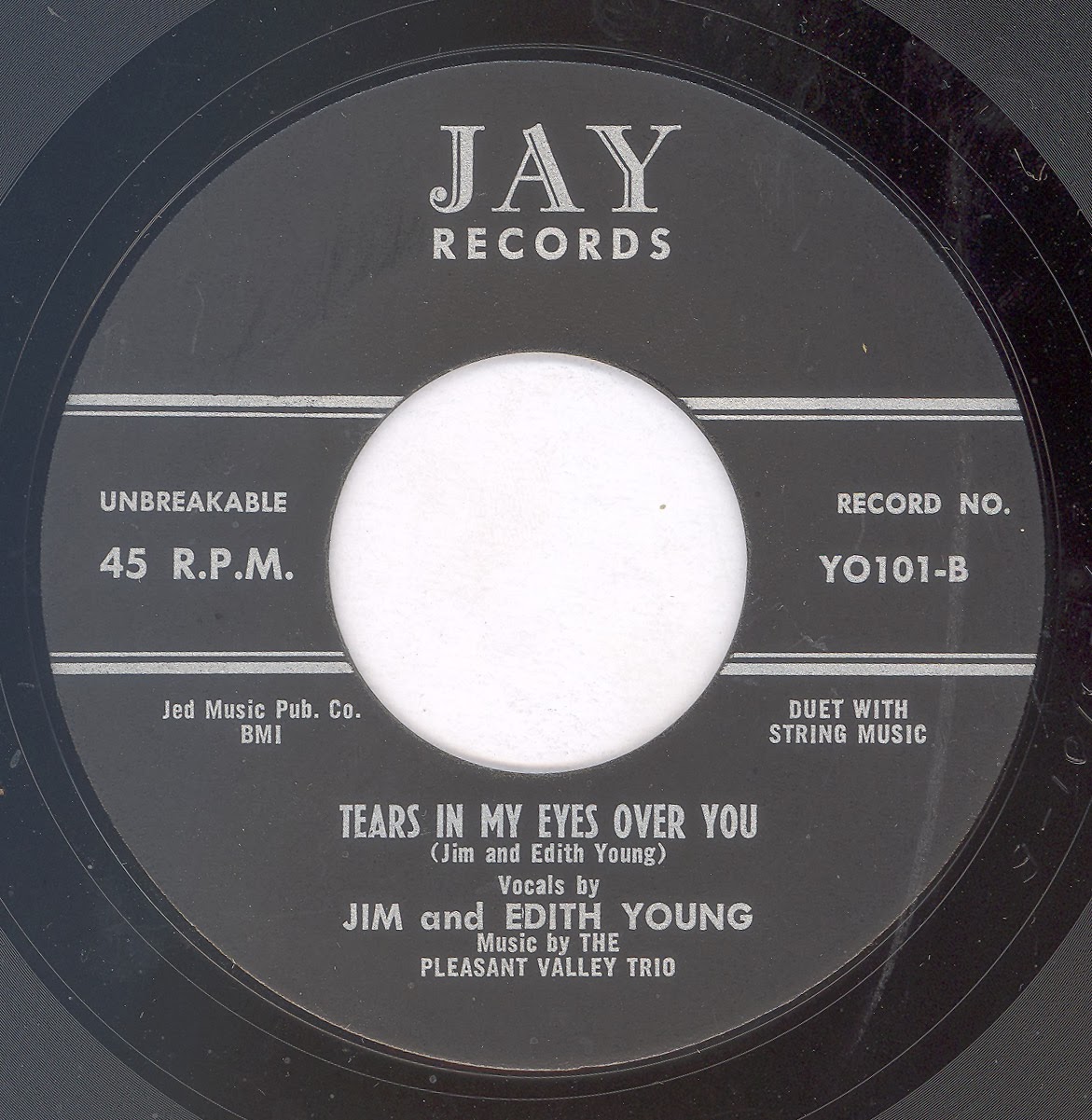 Posted by HILLBILLY RESEARCHER at 12:23 No comments: 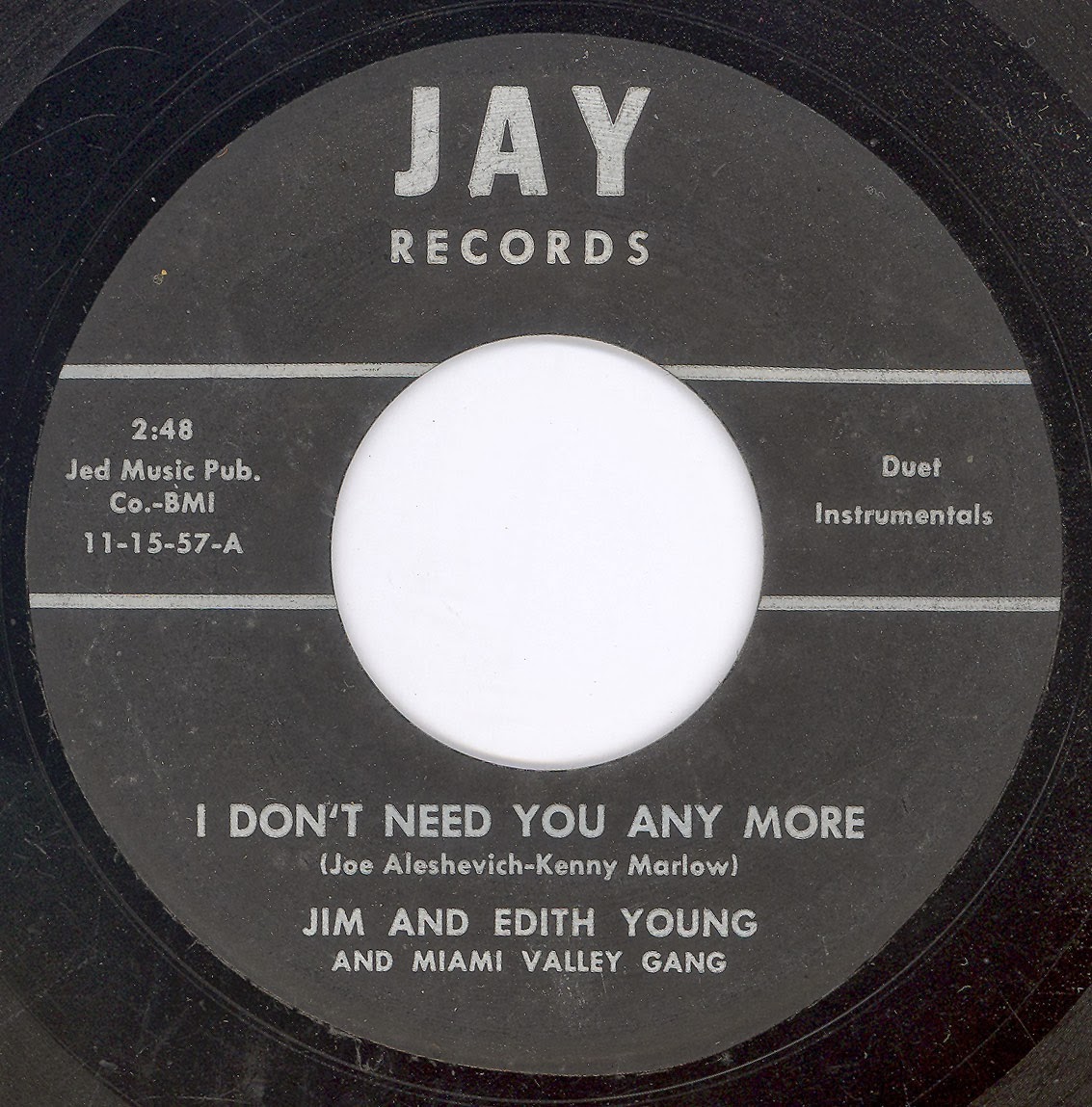 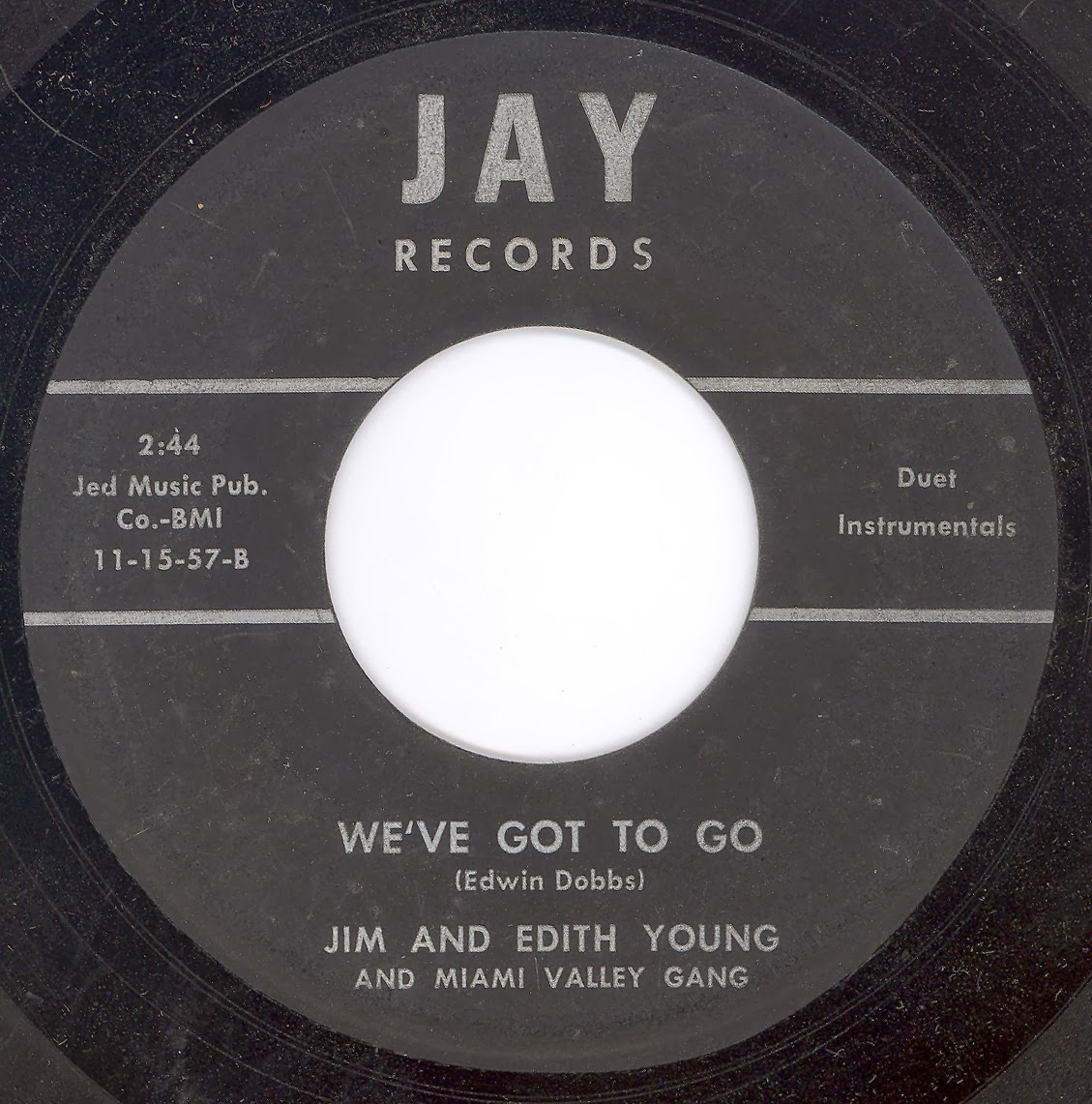 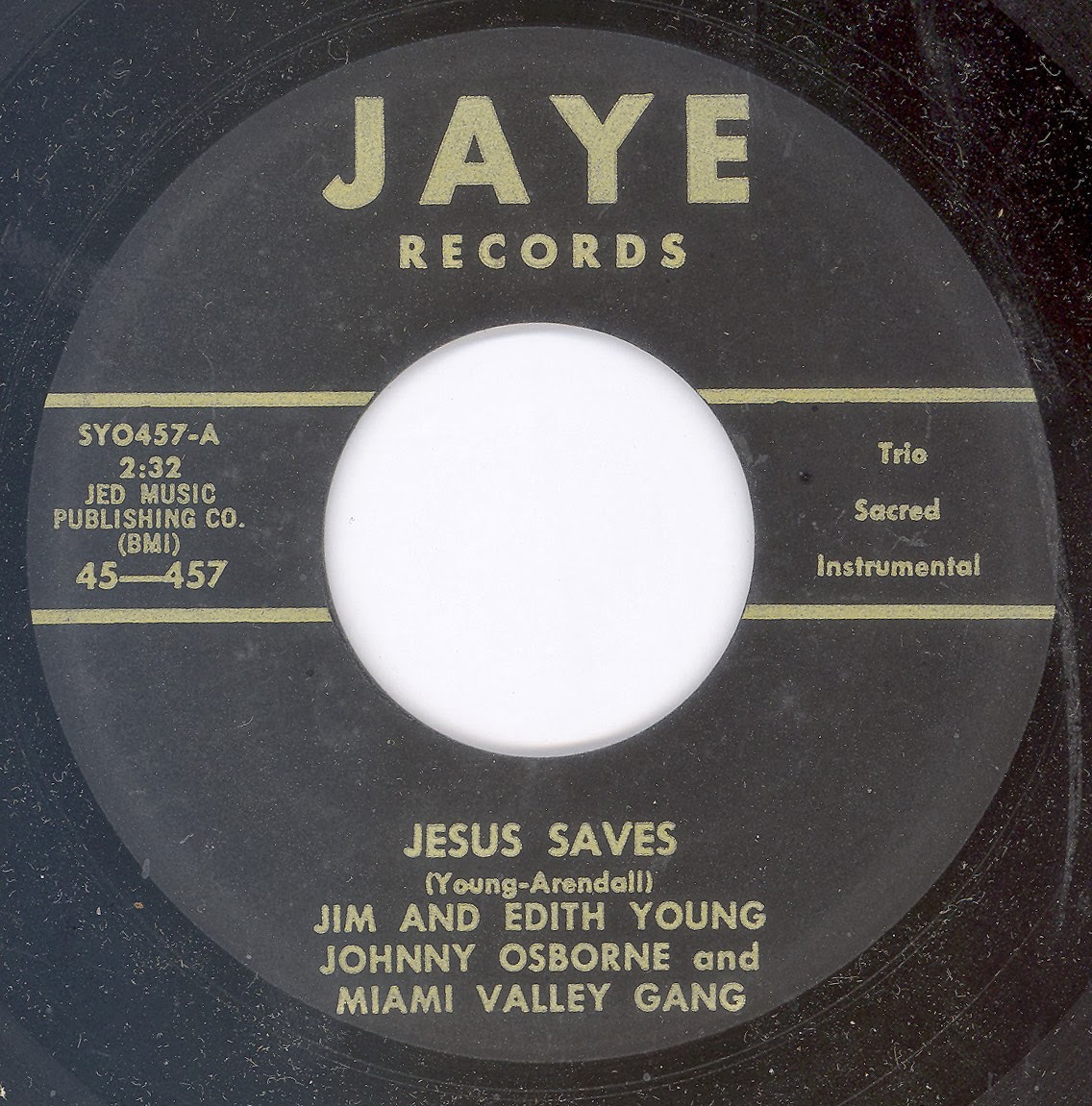 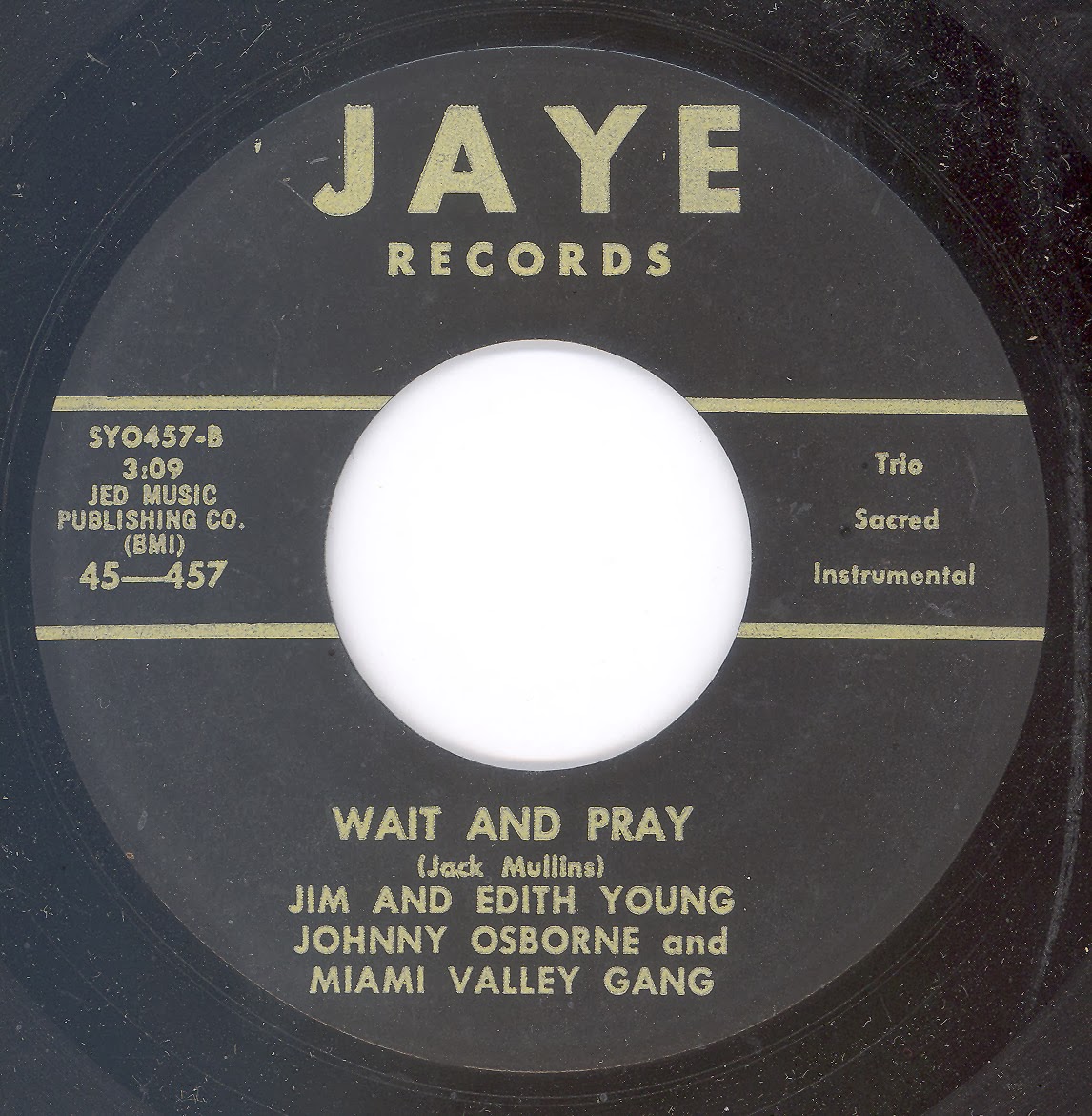 Posted by HILLBILLY RESEARCHER at 20:18 No comments: